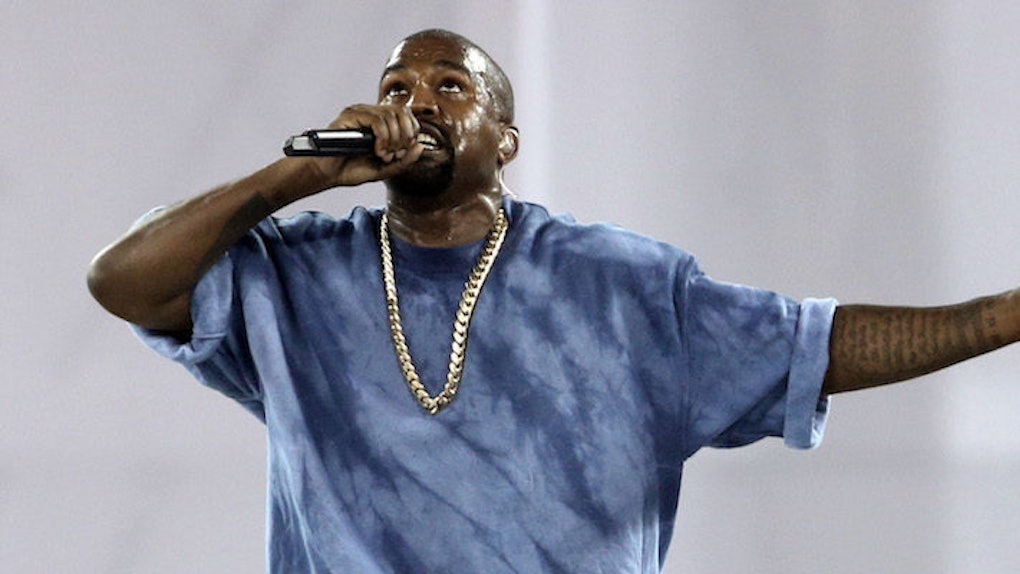 Kim Kardashian West has a job, OK? She can't be standing over the stove for hours making sure Kanye West's greens are thoroughly cooked.

Hmm? What do you mean, “What is her job?” Let's not play this game all day. You know I don't know. No one does.

In an interview with BBC Radio 1's Annie Mac, Ye insisted his wife cooks him a hearty meal on “Soul Food Sundays,” but she stops short at prepping greens.

When my wife cooks for me I will always ask for greens and she never wants to cook the greens because they take three hours to cook.

Fair enough. Cooking is a chore to begin with, and Kimmy's selfies aren't gonna snap themselves.

Once Kanye starts designing his line of minimalist furniture, Kim will probably be off the hoo— oh, what? Yes, I said furniture.

The 39-year-old is eager to collaborate with IKEA so you'll have way cooler places to put your TV, like IN a WALL.

I have to work with IKEA -- make furniture for interior design, for architecture and I know that if I do a minimalist apartment inside of a college dorm where the TV goes on the side of the wall. 'Yo IKEA, allow Kanye to create, allow him to make this thing because you know what, I want a bed that he makes, I want a chair that he makes -- I want more products from Ye.'

Just FYI: The second half of that quote was essentially Kanye speaking in the third person about how badly he and everyone with nowhere dope to put their TV needs this IKEA collab. Naturally.

Kanye's going to have to get to couch designing supes fast if he still plans to run for POTUS in 2020, which, spoiler, he does, despite not having “any political views.”

When I talk about the idea of being president, I'm not saying I have any political views, I don't have views on politics, I just have a view on humanity, on people, on the truth. If there is anything that I can do with my time and my day, to somehow make a difference while I'm alive I'm going to try to do it.

It seems like Kanye has some very clear political views and a keen awareness of the current political climate, citing “500 kids getting killed in Chicago a year” and “seven police shootings in the beginning of July,” but if he wants to play it cool we'll let him.

While the idea of a president who engages in petty feuds with Taylor Swift is a tremendous bummer, Ye's vow to commit his time to making a difference in the lives of the marginalized is one we can all stand behind proudly.