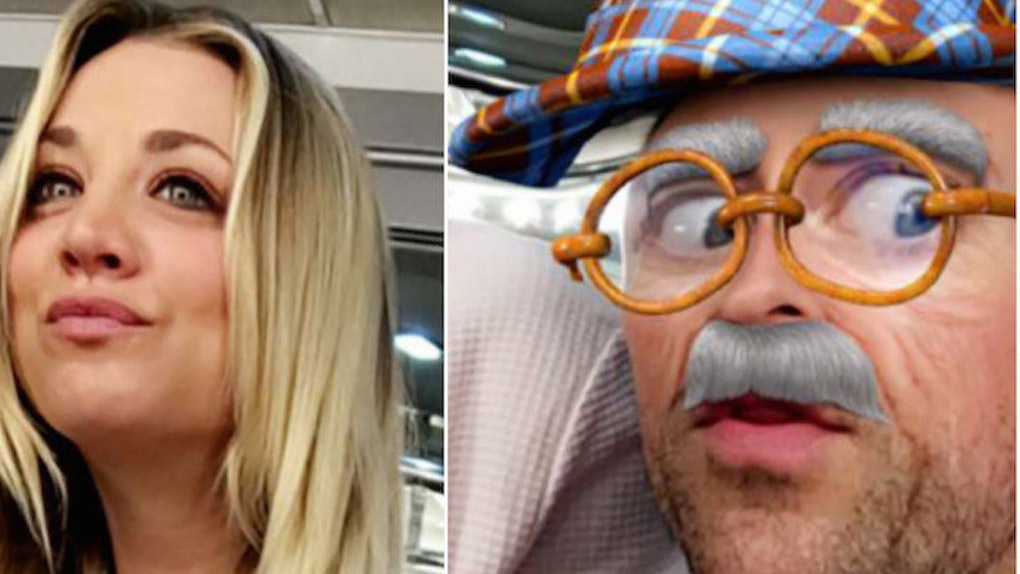 There's just so much going on in this Snapchat, I don't know where to begin.

We'll start with Kaley Cuoco's boob. It's out. Her left breast is fully exposed.

It would almost be Kim Kardashian-esque if it wasn't for the huge heart emoji and that creepy grandpa filter.

The "Big Bang Theory" star was messing around with her celebrity stylist friend Brad Goreski, who pointed at her boob while sporting thick, wooden-rimmed glasses, bushy eyebrows and a picnic table hat.

It's confusing and strange. But funny.

Cuoco posted a Boomerang on Instagram Wednesday of her kissing her boyfriend, Karl Cook, with the caption,

The 30-year-old actress recently revealed details about her dating life, and they were surprisingly normal.

It's funny, he's either the one riding or it's me, so we're rarely doing it together. But recently we did go on a little trail ride date. It was adorable. We hadn't really done that yet. One is usually cheering for the other so that was kind of cute to go out together. We totally held hands. It was very dorky!