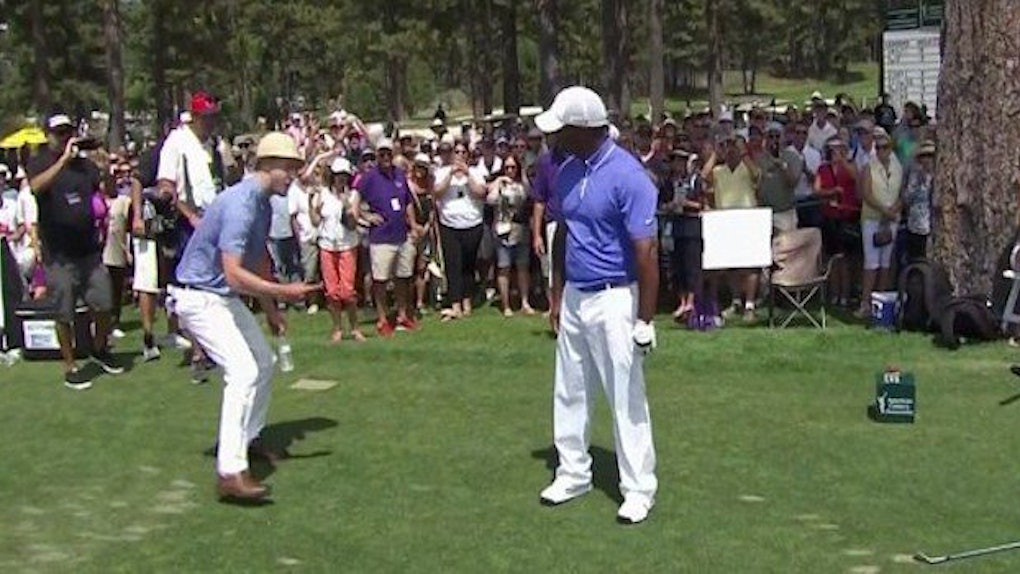 Justin Timberlake Nailed The 'Carlton' Dance With Carlton Himself (Video)

Justin Timberlake may be the most talented person in Hollywood.

Whether he’s hosting “Saturday Night Live,” performing his own music or appearing in a timeless chick flick, there’s pretty much nothing JT can’t do.

Doing The Carlton dance with Carlton himself was no exception.

Last week, Alfonso Ribeiro from "The Fresh Prince of Bel-Air” and Timberlake performed the iconic dance on the tee box at the American Century Celebrity Golf Championship Tournament.

Awkward arm-swinging and all, both of the stars killed the dance and gave the audience members everything they never knew they needed.

Honestly, I’m just so grateful to live in the same world as Justin Timberlake’s fine ass.