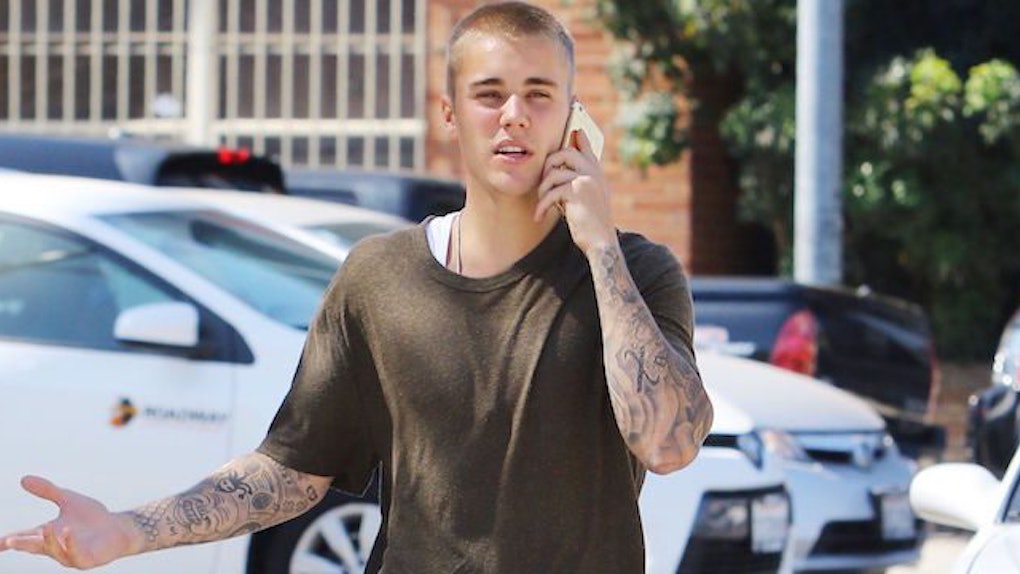 Some lady allegedly partied with Justin Bieber and his tiny penis recently.

WRITER'S NOTE: Before I start this article I would like to call bullshit on this lady's claims.

I do not, however, think he has a small penis. In fact, the one positive thing I will always say about Justin when asked is that based on the claims of several women and all of those nude pictures of him that have leaked online, Justin probably has a tough time zippering up his jeans... because of all of that penis.

In fact, here is a picture of it!

OK, now that that's out of the way, there is a woman who recently partied with Justin Bieber who has been knocking his penis, and not in the fun way.

She's saying he has a tiny penis that doesn't hold a candle when compared to known penis champion, Mark Wahlberg.

The allegations were made by a woman named Sharah Fitzgerald who recently attended a party on Bieber's party yacht in Melbourne with her sister Kaysha Louise. She relayed over her thoughts on Justin's baby (baby, baby, oh) dick in an Instagram post a few years back.

The Daily Telegraph points out this allegation goes directly against the non-disclosure agreement Bieber's team made all boat party attendees sign.

How do you feel about these claims, Justin?

Once again, this probably isn't meant to be taken seriously as it is just a random post by a random person.

Part of me, though, likes to think Justin was secretly destroyed by this comment and has figured out a way to defensively talk about his big, big, big penis in every conversation.

Citations: Woman Who Claims She Spent Evening With Justin Bieber Also Says He Has A 'Small Dick' (Lad Bible)