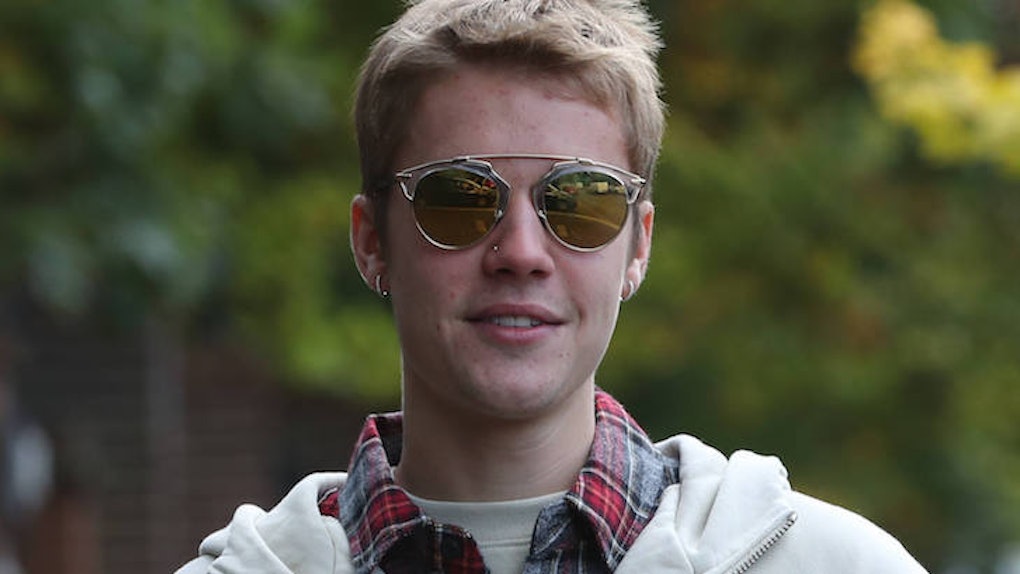 Over the weekend, the 22-year-old Purpose singer literally used a Facebook ad to bring six girls back to his hotel room, Mail Online reports.

I wish I was making this up, but nope, it's real.

Justin Bieber was performing at the O2 Arena in Prague in the Czech Republic when he thought to himself,

Wow, this night would be a million times better with babes.

Shortly after, an ad was posted by someone named Daniela from a modeling agency to help get Bieber some girls.

Seriously, the man needs all the help he can get! It's not like he has 8 million young women throwing themselves at him every day!!!!

So anyway, the ad was looking for eight girls to party with JB at downtown Hemingway Bar. It reportedly read,

Eight pretty girls for a dinner and party with Justin B in Prague. It is not paid. If you're interested, message me quickly. I will let the chosen ones know the place and the time. You need to be there in one hour, behave well and speak English!

The post was time sensitive, so only six ladies responded. CONGRATS GIRLS, you all won a date with Bieber! It's like "The Bachelor," but he's famous.

There's even a video going around social media of Justin meeting the women. The second part of the clip is believed to be of two of the women with their friend hanging out in JB's suite.

LMAO THIS IS SO UNCOMFORTABLE, I FEEL WEIRD.

A few of the women took to social media after their night to clear up any rumors spreading about what happened that evening.

According to Mail Online, one of the girls named Anna explained there was a confidentiality agreement and basically said nothing dirty went down. She wrote,

You think that he chose the girls to enjoy the night with them, but he wanted to give someone else a pleasant experience. He talked to us as a normal person would.

Czech media did report Bieber spent the night with one of the girls, but all the ladies denied doing anything sexual with the star.

Well ladies, I hope you kept each other company. Hahaha, get it? Like his song "Company"?