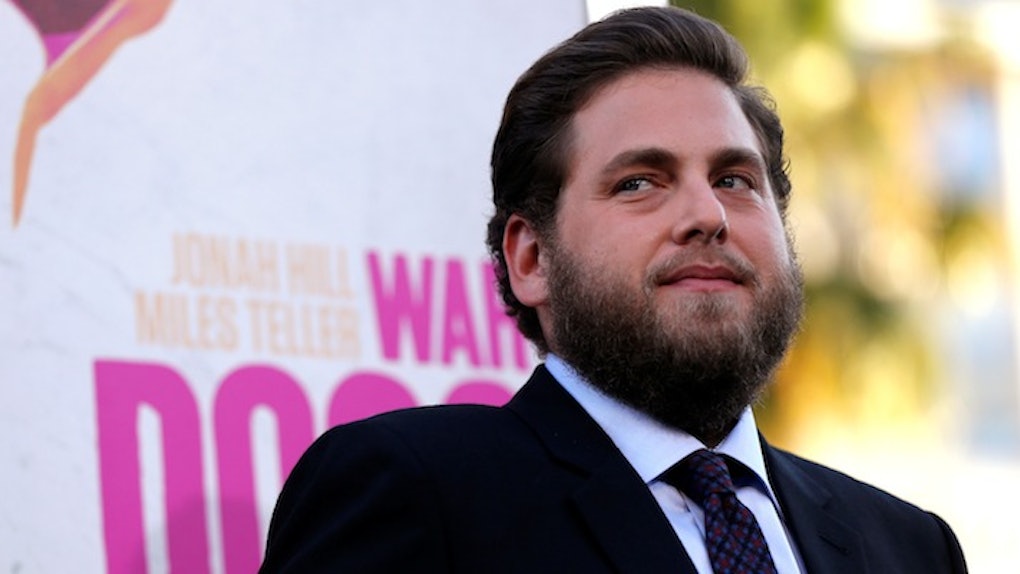 If you remember Jonah Hill's epic role as Donnie Azoff in the Martin Scorsese-directed movie "The Wolf of Wall Street," you also probably remember the ridiculous amount of cocaine portrayed in the film.

I mean, EVERYONE was snorting coke like it was going out of style.

From Leonardo DiCaprio's character Jordan Belfort to Matthew McConaughey's role as Mark Hanna, most of the characters had their fair share of (fake) cocaine.

It turns out Jonah Hill snorted way too much fake cocaine, so much that he actually had to be hospitalized. No joke.

The 32-year-old actor opened up about his horrific fake cocaine experience during a recent interview on "Any Given Wednesday" with Bill Simmons, saying,

I had to be hospitalized. If you ingest that much matter into your lungs you'll get very sick, and we were literally doing fake coke for, like, seven months, every day.

Now, why would Jonah Hill willingly snort fake cocaine in the first place? Well, Jonah happens to be a highly-skilled actor who prides himself on depicting real-life characters as authentically as possible.

Starring as a troubled, mischievous stock broker named Donnie Azoff, it was only right that Hill snorted as much fake cocaine as he did.

After all, putting a live goldfish in your mouth might require SOME kind of substance, even if Jonah didn't actually swallow the poor creature.

I got bronchitis for three weeks. It's vitamin powder, but it doesn't matter, because if you ingest that much matter into your lungs, you'll get very sick. … I never had more vitamin D in my entire life. I could have lifted a car over my f*cking head!

Despite only being paid a measly $60,000 compared to the whopping $10 million that Leonardo DiCaprio made from the movie, Jonah Hill still earned himself an Oscar nomination for Best Actor in a Supporting Role.

It's safe to say all of his hard work ingesting fake cocaine paid off in the long run.

So, would he do it again if he could? F*ck yeah, apparently!

In a past interview with The Guardian regarding the fake coke binge, Jonah Hill said,

I mean, I'd do it again in a second. The first time you snort fake cocaine in a Scorsese movie you feel like… I don't know! I got embarrassed because I said that it's every actor's dream. I guess it's not, but to me, it's a pretty iconic thing to do.

The great lengths this man goes to JUST to accurately portray real-life characters... You're an inspiration, Jonah.

Citations: Jonah Hill Had to Be Hospitalized for Snorting Too Much Fake Coke While Filming 'Wolf of Wall Street' (US Magazine)