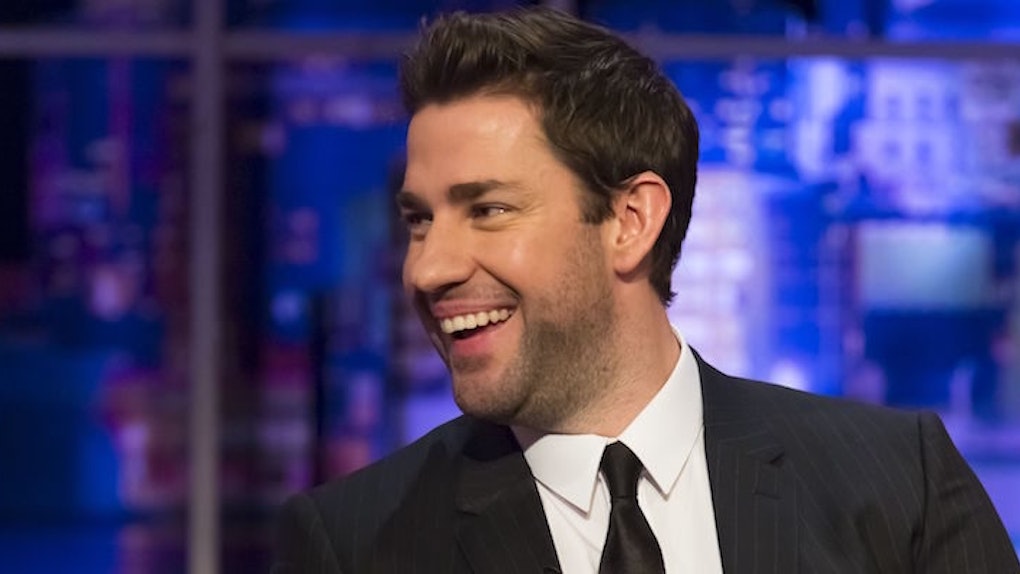 John Krasinski is a huge Beyoncé fan — and not just in the way every celebrity has to be a Beyoncé fan to avoid the wrath of the Beygency, either.

No sir, John Krasinski is a true, bonafide, hardcore fan of Queen Bey.

In other words, John Krasinski is nothing short of the perfect man.

You want proof of this? On Friday, the 36-year-old actor was doing video Q & A on Twitter to promote his new film, "The Hollars."

One very smart Twitter user took the opportunity to ask John what his favorite Beyoncé song is.

John was thrilled to receive the question and thanked the Twitter user for highlighting its importance. He said,

I'm glad you said it's an important question, and I'm glad you put in all caps, because it is.

And the answer he gave is how I know John is a TRUE member of the Beyhive.

There's a lot of favorite Beyoncé songs, but really for me when she's most *Bey* is recently in the "Formation" song. I'm a big fan of "Formation," big fan of Lemonade — who's not? But for some reason, "Formation" really feels like me. It's kind of like my story. So, I love everything she does but I especially like that song.

THAT, LADIES AND GENTLEMEN, IS THE ANSWER OF A REAL BEYONCÉ FAN!

Most so-called-but-not-really Bey fans might say their favorite Beyoncé song is "Crazy In Love," but John Krasinski is no so-called fan. John Krasinski keeps up on Beyoncé's career in a timely manner.

(I think we can assume he's joking about the part where he compares his life story to "Formation," because I doubt he wants to die.)

Now I'm just picturing Jim and Pam from "The Office" rocking out to Queen Bey.