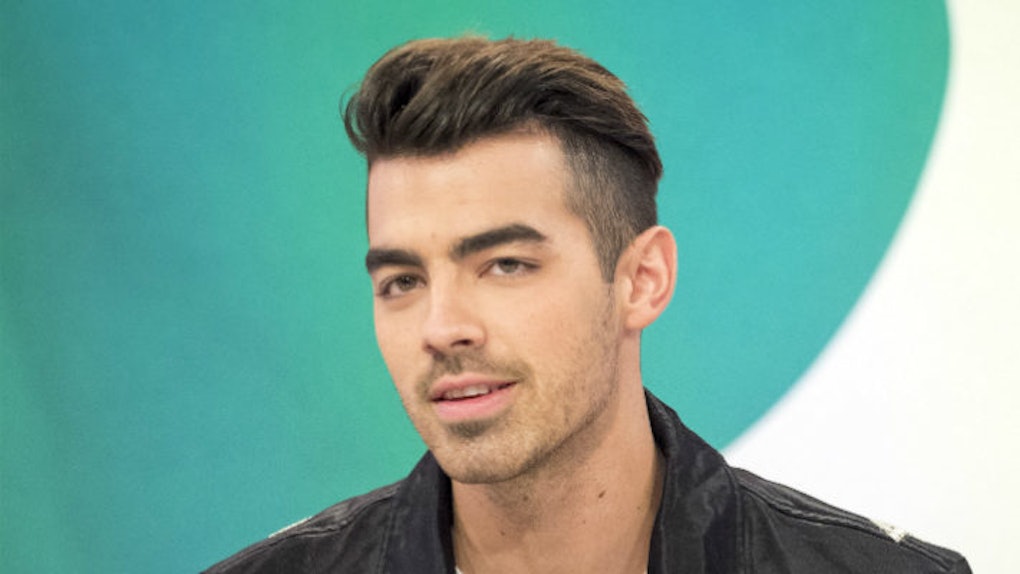 Joe Jonas Revealed Why He Keeps PDA 'For The Bedroom'

Joe Jonas has just told Women's Health that he's totally against PDA, so really there's no way of knowing if Joe Jonas and I are actually dating.

We're just keeping it all hush-hush. Maybe sometimes we even hold hands.

Of course, I'm joking. But the DNCE singer is dead serious about keeping the kissing to himself. He said,

Look, when you really like somebody, that kind of goes out the window. But even around friends and stuff, I think you keep that for the bedroom or behind closed doors. Especially at the beginning of the relationship, you've got to be cautious of that.

But, Joe... if I'm not putting my mouth on someone else's mouth in public, then how will people know that someone finds me desirable enough to actually interact with?

Jonas broke his own rule when it came to Gigi Hadid last summer. The two were seen snuggled up, kissing and even made their love public on Instagram.

When asked about breakups, the 27-year-old said,

Life's too short for that stuff. There have been moments where I've had to write a song, and that can be helpful. Or there are moments where you just surround yourself with friends and family. Usually I go to my brother Nick. We just hang out, do some bro hanging, and that helps a lot.

Joe and Gigi's breakup wasn't very dramatic. After only dating around six months, the two realized that they were both working too much to make the relationship work.

While Joe is single, he does admit that he is looking for someone who has "a great sense of humor and a good sense of style."

Well, that rules me out, as I am currently wearing sweatpants and a shirt that is older than me. I've also been told I am "very dull."