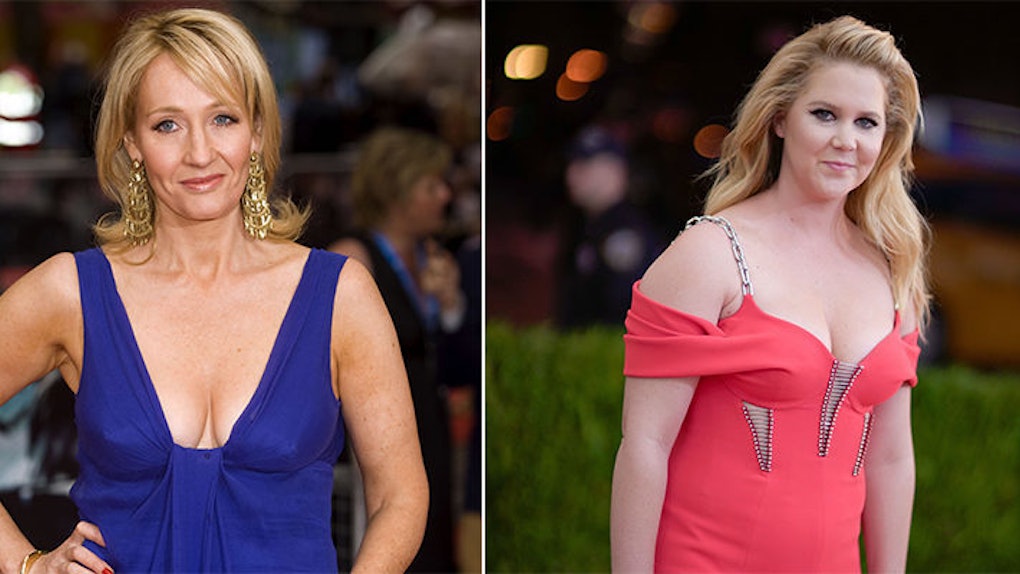 JK Rowling Is The Biggest Fan Of Amy Schumer's Stand-Up

Is it just me, or would Amy Schumer totally get along with Fred and George Weasley (RIP Fred)?

Amy Schumer performed her stand-up set at the Edinburgh Playhouse on Tuesday, and who happened to be in the audience?

Oh, nobody special... just the creator of "Harry Potter" herself, JK Rowling!

Well, apparently, Amy didn't react like everyone else would by freezing up as if someone had cast Petrificus Totalus.

She must have taken a Felix Felicis because she nailed her delivery so hard that JK couldn't contain her admiration.

Whoa, did someone just use the Engorgio charm? Because my heart just grew three times in size after looking at what JK had to tweet about Amy's show.

JK Rowling started the Twitter back-and-forth by straight up calling Amy a "goddess."

Then, Amy asked JK the most personal question imaginable: which Hogwarts house does she belong in? (Please not Hufflepuff.)

No, Amy. JK didn't like your sister's Gryffindor hat. She effing "*loved*" it.

I'm going to start wearing the Sorting Hat on my head everywhere I go now, just on the off chance that JK manages to catch me wearing it.