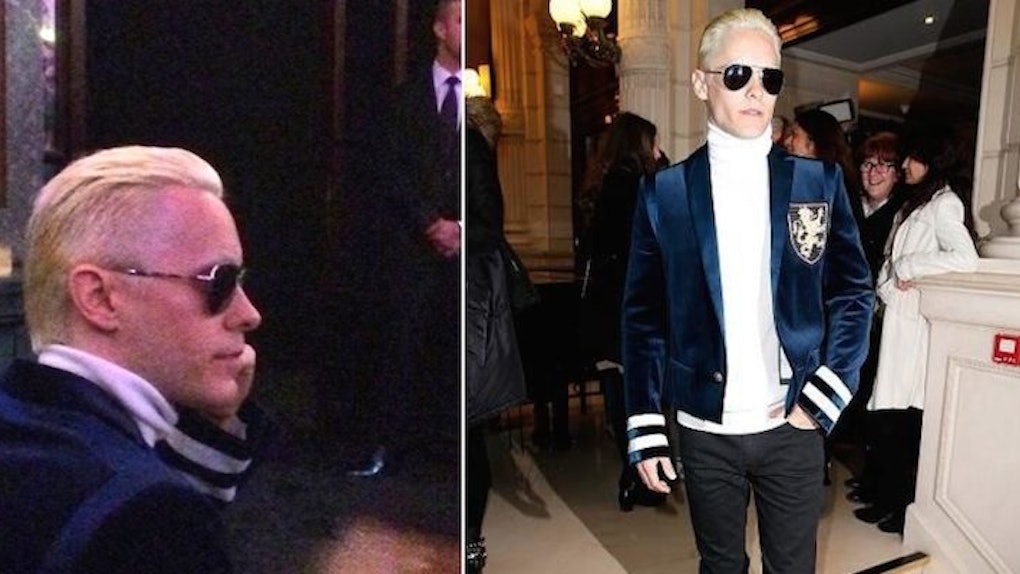 Kim Kardashian isn't the only one to dye her hair blonde. Jared Leto jumped on the blonde bandwagon, too.

Leto was spotted in Paris for Fashion Week with platinum blonde hair. Earlier this week, Leto trimmed his long locks and shaved his beard in preparation for his role as The Joker in "Suicide Squad."

While The Joker typically has green hair, this might be the first move in Leto's transition into the Clown Prince of Gotham.

This isn't the first time Leto has gone blond, either. He famously sported yellow hair in the movie "Fight Club."

Check out Leto's new 'do below.