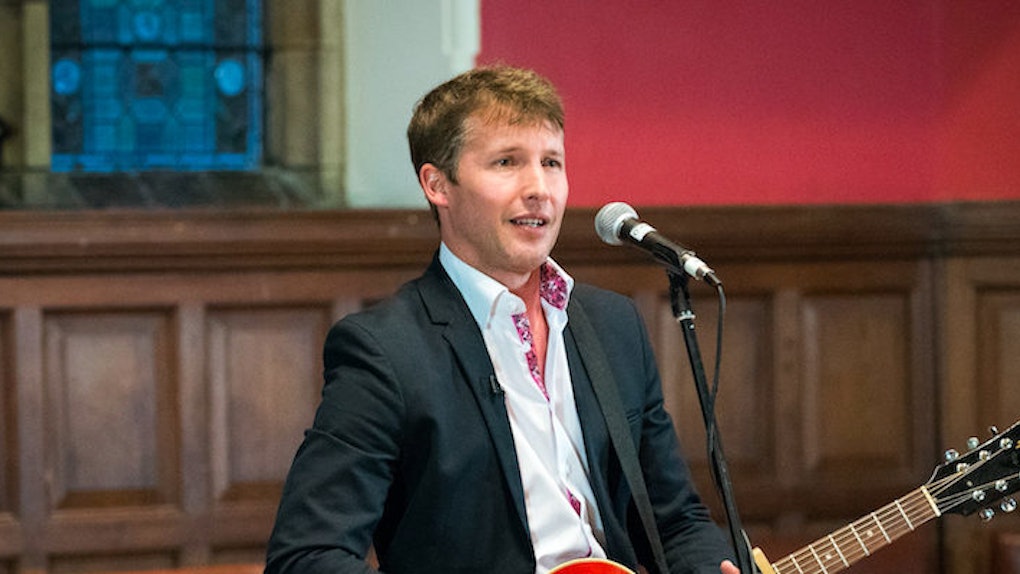 James Blunt Is Low-Key Winning The Twitter Game, And We're Loving It

Hey, James Blunt? You're beautiful (on Twitter), it's true. I saw your tweet on the crowded streets, and I don't know what to do.

James Blunt's greatest hits happened well before Twitter was even created, back in a time when a "tweet" was just a thing a rockin' Robin did, but that doesn't mean he hasn't since jumped on the bandwagon.

Heck, based on some of his tweets, James is driving the goddamn bandwagon like it's the fucking Oregon Trail and there's someone in the back who got bit by a rattlesnake.

My point is, if you weren't already following James' Twitter account, then let me tell you -- it's pure fire.

For instance, James shut down the haters with some devilishly good word play.

Whoa, the only other James I can think of who could come up with such saucy innuendo on his feet is Bond... James Bond.

This is such a royal clap back. Hey Laura, how many princes do you know?

James got real about his #Goals. I think we can all agree we hope to be more popular than Nickelback at some point, too.

The struggle is so very real, especially when it comes to the battle between James and technology. Also, can you imagine James Blunt singing "I blocked myself today," to the tune of Johnny Cash's "Hurt"?

So, please, do yourself a favor and give James a follow. It'll make your day.