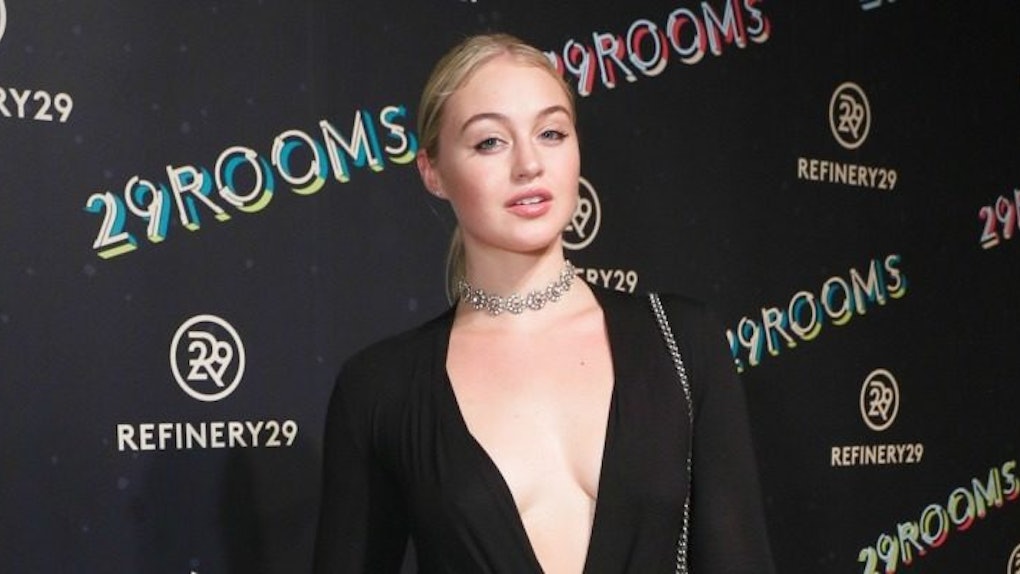 British model Iskra Lawrence often uses her platform to speak out against body shaming and encourage the acceptance of all body types, especially in the fashion and modeling industry.

As you can see in the video above, Iskra Lawrence started speaking to a packed subway car full of strangers about the importance of the relationship we each have with ourselves.

It's unclear how many passengers were actually listening to Lawrence during her impassioned speech about body shaming, but I guarantee she had everyone's attention once she started shedding her clothing.

While stripping down, Iskra Lawrence said,

I'm going to reveal myself to you to prove that we are in control of how we feel about ourselves. No one else holds our self-wealth but us. I grew up hating what I saw in the mirror because society told me I was not good enough. I thought there was something wrong because I didn't have a thigh gap, that I had cellulite...

That is the media; that is society making a small standard of beauty, when we are so much more than that. This body is not just something to be objectified, to be grabbed, to be looked at. This is my vessel. This is my home. I respect it. No matter what I'm wearing right now, do not judge me.

Iskra Lawrence went on to explain how we're all different, and that's what makes us special and unique.

Preaching to the packed subway car, a practically-nude Lawrence said,

When you look in the mirror when you get home, do not pick out your insecurities. Do not look at the things society told you was not good enough, because you are so much more than that. Look at your body and see why we appreciate it. Start talking to yourself, celebrating who you are and respecting that.

When Lawrence finished her impassioned speech, the entire subway car applauded her, presumably for her courage and her message about body shaming and positivity.

Citations: 'You didn't have to undress to give a speech': Curvy model Iskra Lawrence strips off on a packed New York train to protest against body shaming - but not everyone's impressed (Daily Mail)