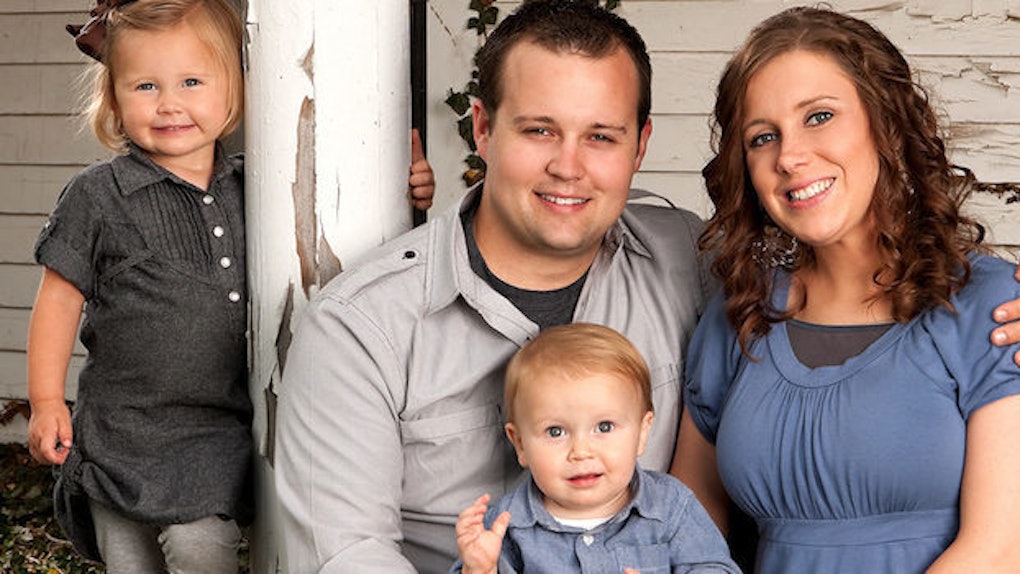 It was recently discovered that the oldest child of the Duggar household, the family behind TLC hit show “19 Kids and Counting,” sexually molested younger girls as a teenager.

In response to the allegations, Josh Duggar released a statement expressing regret for his behavior.

Twelve years ago, as a young teenager I acted inexcusably for which I am extremely sorry and deeply regret. I hurt others, including my family and close friends. I confessed this to my parents who took several steps to help me address the situation.

Many people have called for TLC to cancel the show.

As of this writing, the network has suspended the program from airing new episodes, and reruns have been replaced by other TLC television series.

Is it right to criticize Josh Duggar and his family? I believe it is.

Josh Duggar, who was a spokesman for the Family Research Council before this information was released, has frequently implied that protecting the rights of gay and lesbian couples would result in harm to others.

“We have to make sure that we’re standing up for the rights of privacy and protecting the well-being of women and children in our cities,” Duggar once said, responding to an anti-discrimination ordinance being passed in Arkansas.

There are a plethora of other examples where Duggar has made it clear he believes his way of life -- the way he was raised -- was the morally superior path to raising a family, as opposed to other lifestyles he so publicly opposed.

Same-sex households aren’t inherently immoral like the Duggars claim they are.

Now we see that isn’t the case at all. Many of us already came to the conclusion years ago: Households with same-sex parents raised children just fine.

But, for others, like the Duggar family and their right-wing beliefs, homosexuality is synonymous with sexual depravity.

However, the American Psychological Association has stated that “[homosexual people] are not more likely to sexually abuse children” than their heterosexual counterparts.

Other studies point to conclusions that suggest same-sex households may even produce happier and healthier children.

It’s clear following the Josh Duggar revelations that even the most “traditional” family can produce a sexual predator, and  the sexuality of the parents doesn’t play the role the Duggars suggest it does when it comes to molestation of children.

The Duggars waited to come forward.

It was terrible enough that Josh Duggar had committed these heinous acts years ago.

Worse still is the fact the Duggar family reportedly waited to alert the authorities after realizing the incidents occurred. CBS reported,

[Josh Duggar’s statements] came after In Touch magazine published a 2006 police report that claims Duggar, now married with three children, sexually molested five girls as far back as 2002. The incidents were not reported to police until 2006, In Touch added, and authorities could not pursue charges because the statute of limitations had passed.

If true, that means the Duggars deliberately protected Josh from prosecution, knowing he had done significant physical and psychological harm to others.

From a parental perspective, that may make sense to some people. A parent’s first priority is protecting his or her children.

But, remember, these people are supposedly role models and convey a higher moral standing than other “non-traditional” families.

They have played themselves up to be a model of family life.

Those who previously worshipped the Duggar family should reconsider that model, and question whether the Duggars or their beliefs should be emulated or not.

Criticism of Josh Duggar and his family is well-deserved.

Worse still, reports indicate that his parents refrained from sharing that information with authorities long enough to keep their son from being prosecuted, and his victims will never be able to seek justice for his actions.

In the years following those terrible events, the Duggars became a household name and went on to promulgate their conservative lifestyle on national television.

Josh Duggar specifically worked against allowing rights for same-sex couples to be realized through his position at the Family Research Council, implying of all things that those families were more likely to produce depravity and immoral behavior.

Such hypocrisy cannot be ignored. Josh Duggar and his parents rightfully deserve the criticism they now find themselves receiving. And, in my mind, their show should be canceled.