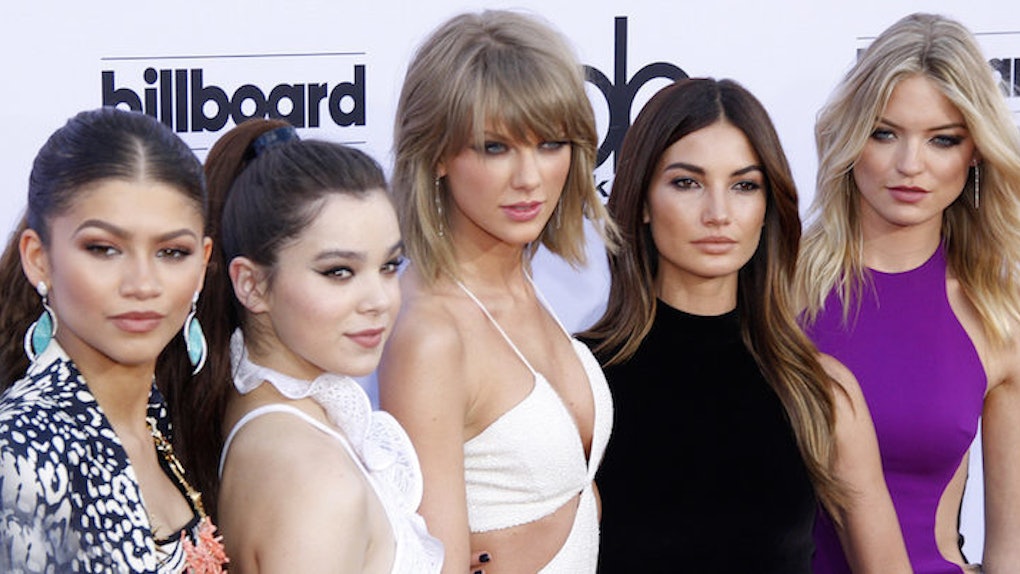 Seriously, who could compete with THIS much badass-ness in one crew?!

…And here's more of the girl squad, including Selena Gomez, Zendaya and Martha Hunt.

One of Taylor's squad members Hailee Steinfeld recently gave major insight to Seventeen on the closeness of Swift's friend group.

You'd think Tay and Hailee were total besties chilling on the reg, right?

I mean, dedicating an entire 'gram to another person is kind of a HUGE deal… Especially when Taylor casually captioned the photo in a very BFF-kind-of-way, “Oh my God Hailee.”

The 19-year-old actress gave us some hardcore scoop, saying,

I think people think we spend a lot more time together than we actually do! She's amazing though.

Wait, hold up… What?

Is Tay possibly not as close with every single member of her crew as we'd originally thought?

I mean, I do have to hand it to Taylor for being an insanely successful pop star while simultaneously defining squad goals. Being a pop star, she's insanely busy, too.

Maybe it's a bunch of scheduling conflicts Tay and Hailee need to work out?

Whatever it may be, major props for having a straight fire girl squad and giving all of us major inspo, Tay.

Citations: Hailee Steinfeld On Being Bullied in School: "I'd Start Every Day With a Threat" (Seventeen)