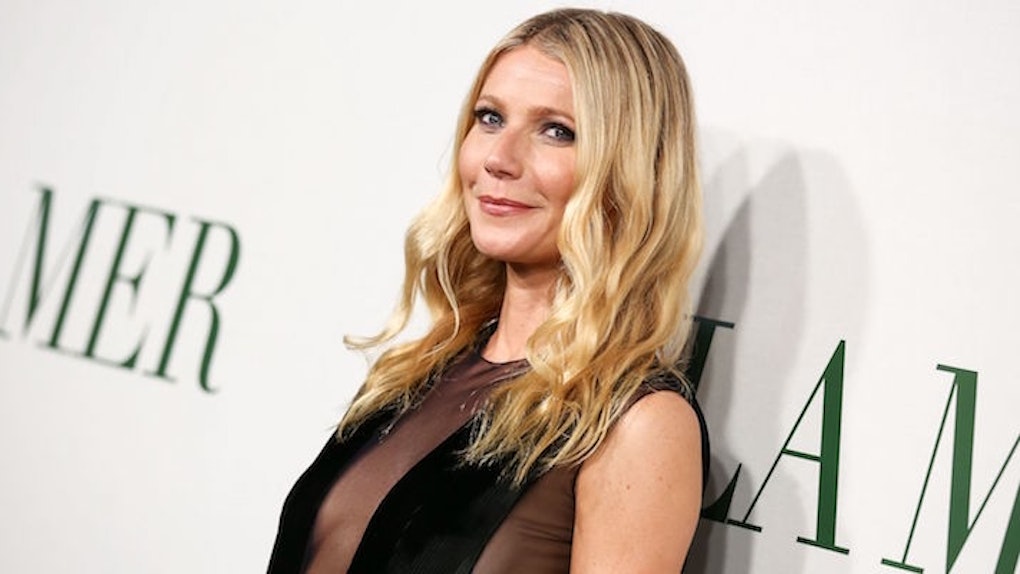 Gwyneth Paltrow Says It's An 'Exciting Time' For Trump

During a visit to the Airbnb Open conference in Los Angeles this weekend, the A-lister shared her thoughts on the current political climate, The Cut reports.

It's such an exciting time to be an American because we are at this amazing inflection point… People are clearly tired of the status quo, and… it's sort of like someone threw it all in the air and we're going to see how it all lands.

Calling the Trump/Pence win and the resulting uproar from threatened citizens “an exciting time to be an American” makes Gwyn sound a bit like that rich family from “The Purge: Anarchy” who kill that sick old man in exchange for $100,000 he leaves to his daughter and granddaughter.

While members of the LGBTQ+ community, people of color and fellow women fear for their day-to-day safety and the protection of their rights under the new administration, Gwyn's just like, “Eh! It'll be fun to watch, for better or worse. I'll tell ya that much!” before finishing up her liquid gold enema.*

The actress has a reputation for being one of the less relatable members of the Hollywood elite, especially since the launch of her lifestyle blog Goop, whose 2016 holiday Gift Guide featured every must-have gift from a simple $995 plaid blanket to a $325 airbag bicycle helmet to an $8,300 portable yurt.

Gwyn did take time to preach love and tolerance, though, which is something this country can't get enough of heading into 2017.

It's very important for me, personally, now more than ever, to create a community and to remember the humanity of everybody and to create love and… understanding.

“Remembering the humanity of everybody” seems to be a sincere struggle for our president-elect and his team, especially following a campaign jam-packed with fun, baseless gems about Muslims, Mexicans and every woman, disabled person and "ISIS founder" (S/O to my boy Barry Obamz) in between.

Over the next four years, we should all attempt to remember that, despite others' inability to afford a casual backyard yurt, we are each human beings deserving of the same level of respect and protection (Trump included).