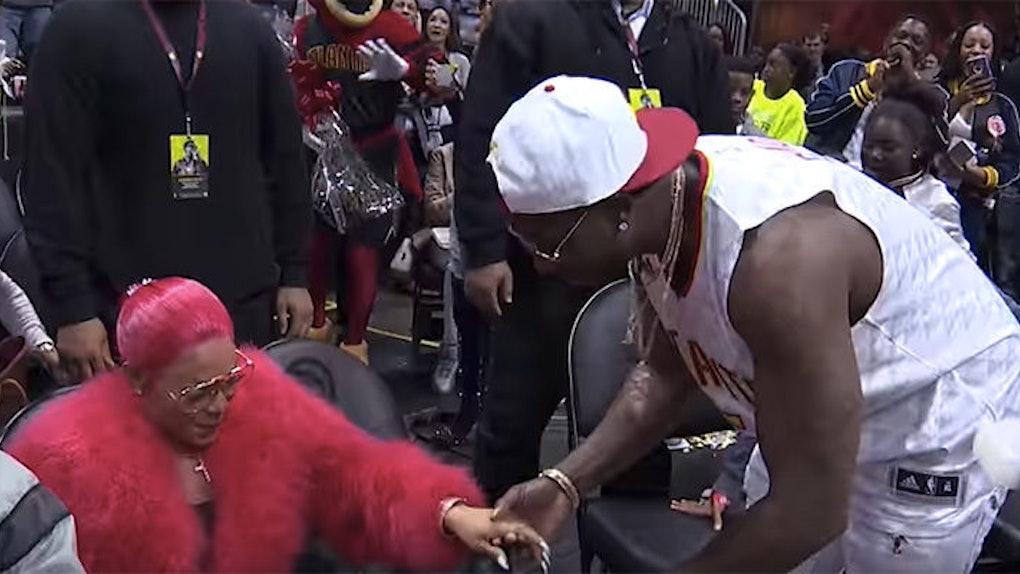 Rapper Gucci Mane has sparked a raging debate on social media: to knee, or not to knee?

That is the question, specifically because of the way Gucci proposed to his long-time girlfriend Keyshia Ka'oir.

The moment happened during the Atlanta Hawks game on Tuesday night, during which the artist proposed to his girl in front of thousands of people.

The moment was heartwarming, as most proposals are. But once everybody took in the lovey dovey-ness, people had a question: Um, why is Gucci standing?

Yeah, Gucci skipped the whole getting-on-one-knee part. You know, that thing everyone does when they propose.

So you knew there'd be a few people who were, let's say, "inspired" to move away from social norms and commit to proposing standing up.

But that movement got shut down real quick. You know why? Because everyone knows exactly why Gucci Mane could get away with proposing like that: the size of that rock.

So, ultimately, everyone came to a consensus. If you got a ring with 25 karats, you don't really have to stand.

Also, to be fair, Gucci and Keyshia have a real love story, even if it's unique. By all accounts, his fiancée stood with him while he was in jail and forgave him when he "messed up."

There are even stories of Keyshia tripling his money while he was behind bars. Gucci told The New York Times,

We had our ups and downs, 'cause I would mess up and do stupid junk, but she had my back through all of it.

By the way, we haven't even mentioned how good looking she is.

Yupp, that definitely sounds like someone you should give a blinding diamond ring to while sitting courtside at an NBA game. I mean, if you can afford it.