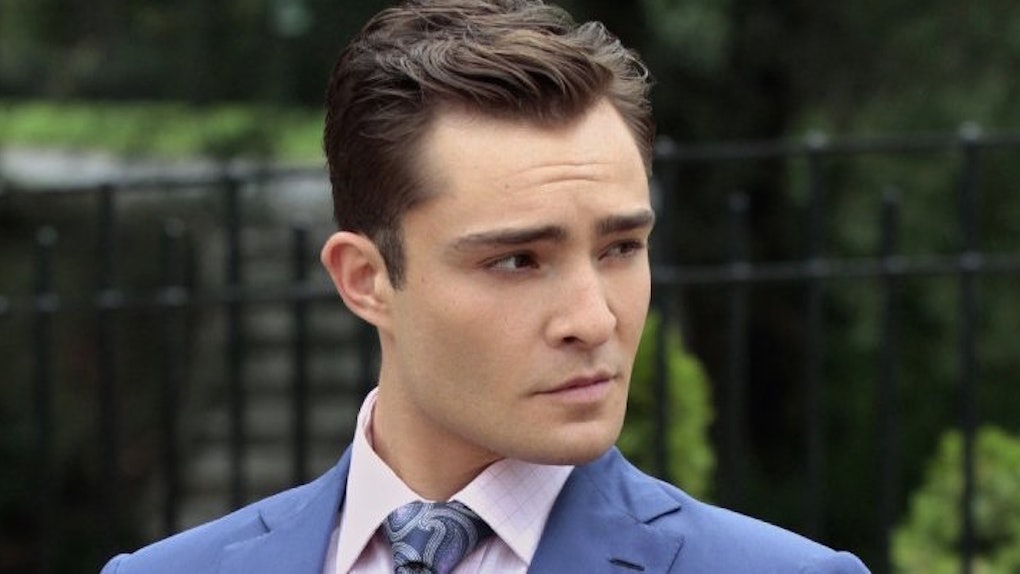 How fitting of a description for Charles Bartholomew because “ass” even rhymes with “bass.”

As we got deeper into the show, Chuck actually proved all of us wrong, and even changed Queen Bee Blair Waldorf's impression of him, and she was certainly v. difficult to win over.

Chuck's sleek suits ended up stealing our hearts, because Bass was not an asshole anymore at all.

He turned out to be stylish AF and -- MAJOR spoiler alerts coming up -- an adorable boyfriend to Blair.

Are they #CoupleGoals or what?!

The duo ended up getting married in the most romantic wedding ever surrounded by their squad. I actually bawled my eyes out during the show's finale… SO many emotions went down.

For real though, Chuck Bass cleans up hot damn fine.

Even though “Gossip Girl” is sadly over, Chuck Bass' memory lives on forever.

Here's what the sexy man of the hour, AKA actor Ed Westwick, looks like today.

He's partying it up like Chuck Bass always did. What a legend.

I'm totally down to jump in your car and go cruising with you, Chuck. Just let a girl know when.

He doesn't rock suits on the reg, but he's killing the style game.

Can any of us really handle how handsome Chuck Bass looks in a tux with a bowtie though?

It's safe to say I'm falling in love all over again.

There's seriously only one Chuck Bass in this world. Well, there are probably a lot of Chuck Basses IRL, but the OG is the real deal.