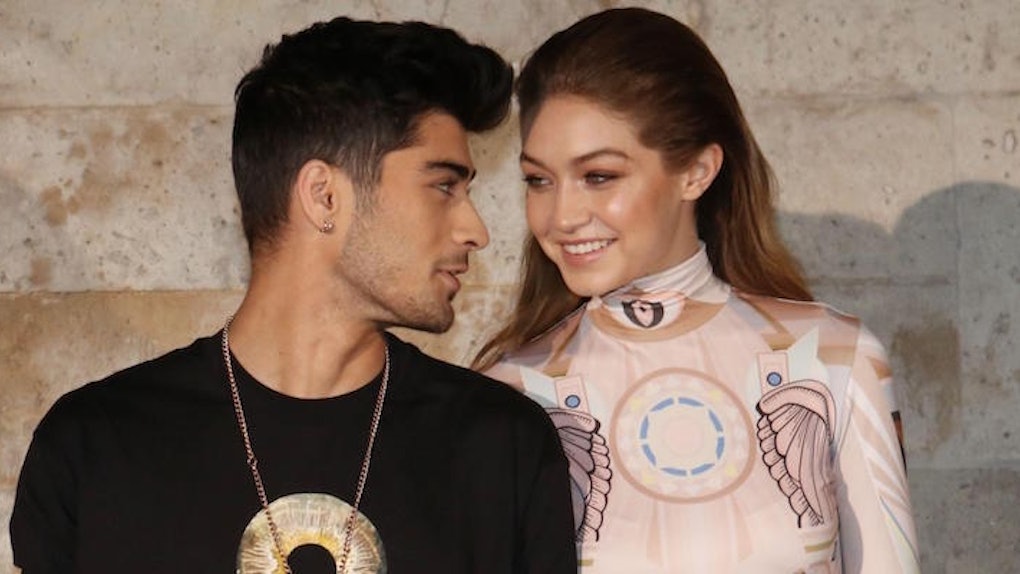 Gigi Hadid Got Zayn Malik's Ethnicity Wrong, And Twitter Is Not Happy

True or false: Pakistan is considered a Middle Eastern country.

In a recent interview, Gigi said her boyfriend, Zayn Malik, was "half Middle Eastern."

She was speaking to Gulf News, an English language newspaper in the United Arab Emirates, about her own Arabic heritage — her father is Palestinian — when she said,

My boyfriend is also half Middle Eastern. It's just a connection that you make that's really cool. It's hard to explain but you feel like you're amongst [your] people.

The thing is, as Gulf News pointed out in the original article, Zayn is half Pakistani (and half British).

OK, so be honest. Did you know that? Because I didn't.

Here's a quick geography lesson for me, Gigi and anyone else out there who just realized this.

This is a map of the Middle East.

The countries that are considered Middle Eastern are shaded in the three darker green colors.

And here is Pakistan.

Note: Afghanistan is also not technically considered to be part of the Middle East, though Iran is.

So technically, although Pakistan is a Muslim country, it is considered South Asia like India rather than "the Middle East," like its neighboring West Asian countries.

However, Pakistan is considered part of the "Greater Middle East," which is a political term coined during the second Bush administration to define primarily Muslim countries.

I think we can agree all of this is pretty confusing and pedantic, and also borders are mostly arbitrary and made up.

Personally, I think we should all be thanking Gigi Hadid for this opportunity to learn.

Sadly, Twitter did not see this slip-up that way. Instead, they saw it as an opportunity to roast Gigi for her ignorance.

Yeah, I don't believe for a second half these people knew Pakistan wasn't a Middle Eastern country.

However, some people did come to Gigi's defense.

The morals of this story are:

1. Don't pretend to know things you don't on Twitter.

2. OK, fine, maybe we should all spend a little bit more time looking at maps.