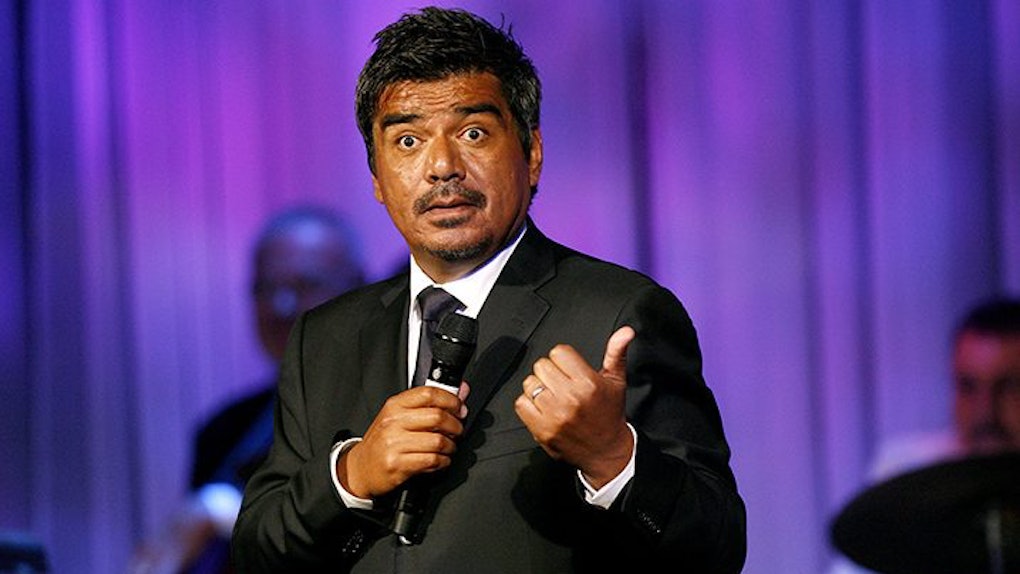 If you haven't already seen the George Lopez video circulating the internet, you should probably watch it ASAP. It's Wednesday morning's top trending topic on Twitter for a concerning reason.

The video starts off will Lopez telling a joke about race during a stand-up act in Phoenix. After telling the joke, he singles out a woman in the audience and goes off on her, dropping expletives left and right.

He calls her a "bitch," tells her to "shut the fuck up," and all that inappropriate jazz. Things got pretty ugly.

And here are the exact words Lopez said while telling his joke,

There are only 2 rules in the Latino family: don't marry somebody black and don't park in front of our house.

Now, I'm not going out of my way here to call George Lopez a racist or anything. In fact, I've outlined why I think labeling someone such a thing is usually a complete waste of time.

I won't necessarily say it wasn't racist, either, because one could definitely question the reasons certain parents have for not wanting their kids to marry black people.

Within the confines of a comedy show, though? I'll admit I'm not going to get too charged up about George Lopez saying Latino parents have those preferences.

First, Lopez came at the woman in the audience with unnecessary animosity from the get-go. We're used to seeing comedians roast whoever's in the front row, but there wasn't even a hint of comedy in what Lopez was saying. It was completely mean-spirited.

Secondly, Lopez's reaction is totally disproportionate to what the woman reportedly did. An audience member sticking her middle finger up can't possibly be THAT distracting to a veteran comedian.

This is when you can start giving George Lopez the side-eye.

How did he jump to that level of vitriol so quickly? He didn't stop at telling her to "shut the fuck up."

He said all of that, then took it a step further and called her a "bitch." After that, he started barking orders... while the crowd cheered.

Lopez turned around on multiple occasions to go in on her again, too, when he could have kept the show moving. For whatever reason, it seems like he decided he had the right to treat that woman a certain way, regardless of whether or not her actions deserved it.

The entire thing was bizarre and unnecessary.

And while Lopez's initial joke didn't offend me, there's no way around saying he treated the woman disrespectfully.

Let's not kid ourselves about that.

Citations: GEORGE LOPEZ TO WOMAN 'SIT YOUR ASS DOWN OR GET THE F*** OUT' (TMZ)