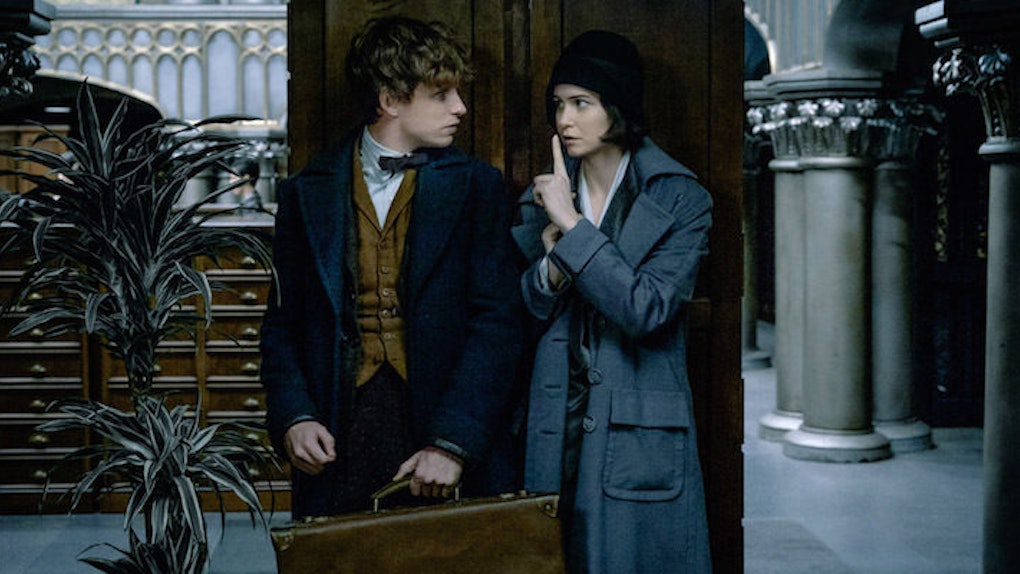 The night “Fantastic Beasts and Where to Find Them” hit theaters, my roommate, Charlotte, sat to my left in Lincoln Square AMC and, shortly after the film began, smiled and whispered, “That's our city!”

Another friend, Mel, sitting to my right, asked, “What'd she say?”

My friends and I are idiots who ruin all nice things, but nothing could detract from the joy of seeing the wizarding world come to life somewhere other than a looming Scottish castle.

The film. had. everything: cute beasts, scary beasts, bob haircuts, Eddie Redmayne's mouth, a schlubby comedic relief paired with a beautiful, enchanting woman in the tradition of Sir Kevin James, the crossover of Ezra Miller into the “Harry Potter” Universe (enriching any “The Perks of Being a Wallflower”/“Harry Potter” fan-fic past solely Emma Watson's involvement), the "HP" answer to the cantina scene from "Star Wars," THE COATS (oh Lord, the coats), a Wizard Congress led by a woman of color, disgraced Aurors, strudel. Everything.

As if all that wasn't enough, the film also featured “hero props” — think items like the Marauder's Map or “The Daily Prophet” — from MinaLima, a graphic design studio that's prepared props for other "Potter" films.

MinaLima is behind the swirling periodicals in the “Fantastic Beasts” opening that set the scene for Newt Scamander's journey through 1920s New York.

Though papers like “The Daily Prophet” and “The New York Ghost” spun across the screen so quickly their details were easy to miss, real attention to detail was paid throughout their creation.

When we were doing 'The New York Ghost' for 'Fantastic Beasts' we had to of course anchor those stories in the situation, so they're all topical or in the vernacular of New York and the period… There's always a kind of commentary on the muggle way versus the wizarding way. So if you read all the headlines — because they all have to be written — they're all relevant and appropriate to the time, the place and the whole wizarding world.

Though Harry himself never experienced much luck with potions, it appears his grandfather was singlehandedly making life better for baldies all over town.

Hey, some wizard's gotta do it.

Citations: All the 'Harry Potter' easter eggs you missed in the 'Fantastic Beasts' opening (Mashable)