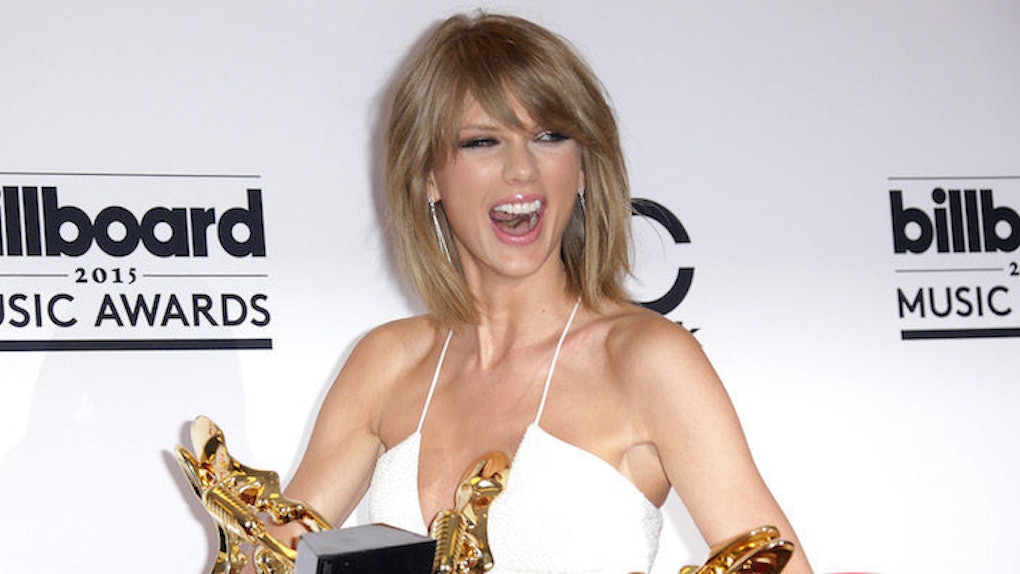 Taylor Swift is the Regina George of the VMAs.

The MTV's Video Music Awards, which are set to take place on Sunday, are a bit of a logistical nightmare. I'm not talking about renting out Madison Square Garden, organizing nominees, dealing with fan votes, figuring out how to shuffle celebs' cars through NYC streets and a billion other issues that come up with putting on a major awards show in the city.

I'm specifically talking about the seating arrangements, that annoying thing that's kind of high stakes at weddings but ABSURDLY crucial when it comes to shoving 1,000 egos into an auditorium.

A lot of people forget the hardest part of the production is literally just figuring out the best way to seat people without it turning into a side-eye festival.

So Cosmo sat down with Gina Esposito, vice president for MTV music and talent who is in charge of the multi-month process of putting together the seating chart, and got the skinny on what goes down when plotting where celebs put their famous butts.

As it turns out, it's a pretty simple system of constructing a human sudoku board out of talent suggestions. Each star has a chance to ask who to be seated near.

Because of this process, there are obvious favorites when it comes to requests, most of which are Taylor Swift related.

She has so many good friends, and it was hard to figure out the 'Taylor' of it all [in past years], because so many people were requesting to sit by her and sit with her. She's often really requested.

Going on to explain,

You'll have artists who rearrange seats in real time so they sit together. As long as you've got eyes on that, to say, 'Selena Gomez moved so she's by Taylor, we're good,' then it's all right. If we don't seat them together, they find their way to each other anyway."

There is a lot more that goes into the arrangement process than just requests, though. At the end of the day, the MTV crew has last say on who sits where. Esposito pointed out,

You're looking at it for camera angles and whose reactions we might capture throughout the night. And the logistics that go into that are so insane. You have to be thinking about how long it's going to take somebody, should they win, to get from the stage back to the dressing room if they're performing three acts from now.

So if you're trying to pop a squat near Taylor, just know: YOU (probably) CAN'T SIT HERE!

Citations: Apparently Everyone Wants to Sit Next to Taylor Swift at the MTV Video Music Awards (Time)