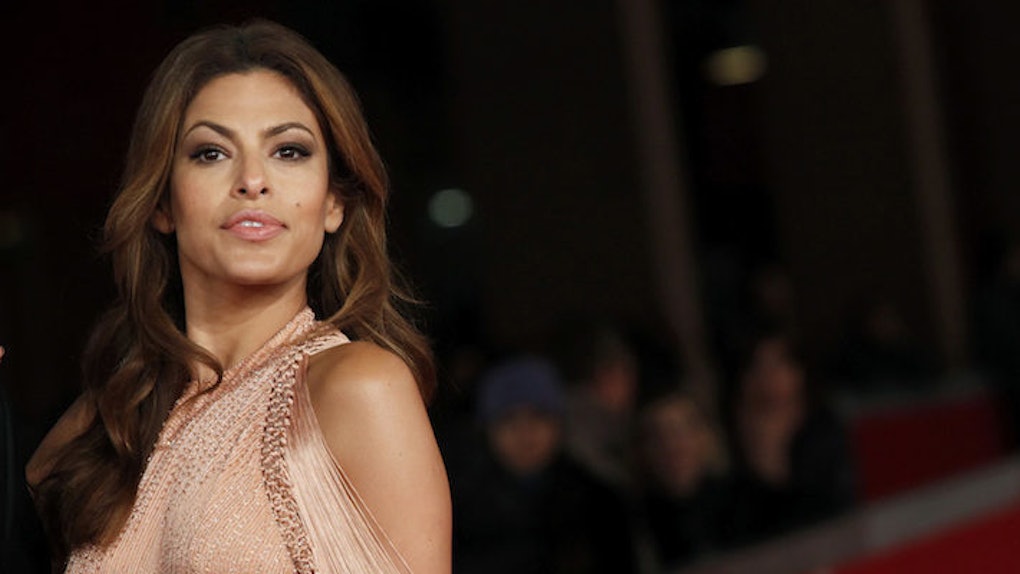 Eva Mendes just shared a very special experience with the world during a new interview.

The 42-year-old actress opened up to Latina magazine about giving birth to her second child the same week her brother Carlos Mendes died of cancer at 53 years old.

Losing my brother brought our family closer, and we were already close to begin with. So to just see everybody be there for one another and show up, I feel so lucky to have them.

As Eva and her family mourned their tragic loss, the actress also gave birth to her second child, Amada, with Ryan Gosling.

And then they were there for me when Amada was born. We had a funeral service for him and that same week I had the baby. So it was really, really intense and obviously beyond heartbreaking, but also kind of beautiful.

Regardless of your religious beliefs, Mendes' tragic loss being followed by the gift of birth almost makes you believe in the cycle of life.

According to Refinery29, Latina magazine asked Mendes if she believed this experience was a "renewal of life." She said yes.

And being totally honest. I don't feel like I've really processed that yet.

Citations: Eva Mendes On Mourning Her Brother & Giving Birth To A New Baby In The Same Week (Refinery29), THE MYSTERIES OF EVA (Latina magazine)