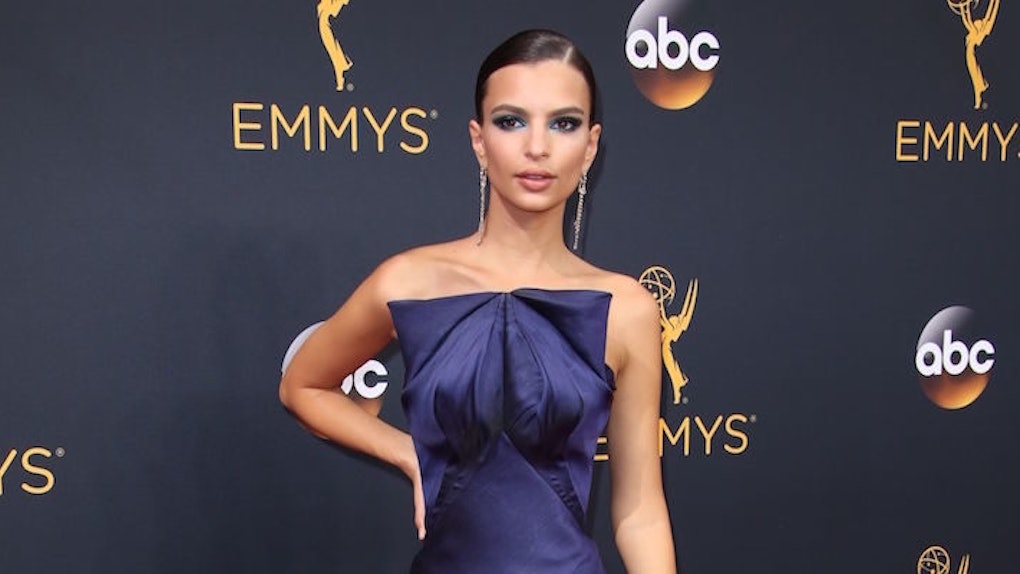 Bombshell model Emily Ratajkowski has never been a "more is more" kind of a lady. Since her debut in Robin Thicke's "Blurred Lines" music video, Ratajkowski's worn a succession of tight gowns, "vulgar" necklines and crop tops.

So it comes as a surprise that for the 2016 Emmys, which she attended on the arm of fashion designer Zac Posen, Ratajkowski went full-on class with her outfit.

Posen, unable to contain his glee at having the hottest "date" in the house, posted a slow-motion Instagram video of Ratajkowski taking her dress for a spin.

He captioned the video, "Just wow."

Wondering why the pair are on the red carpet at all? The answer is "Project Runway," which was nominated for 12 Emmys. Posen currently serves as a judge on the competition and Ratajkowski is scheduled to appear as a guest judge.

Even if the show doesn't win, it's clear Ratajkowski's dramatic look already won the red carpet.

Who needs great TV when you can just have great style?