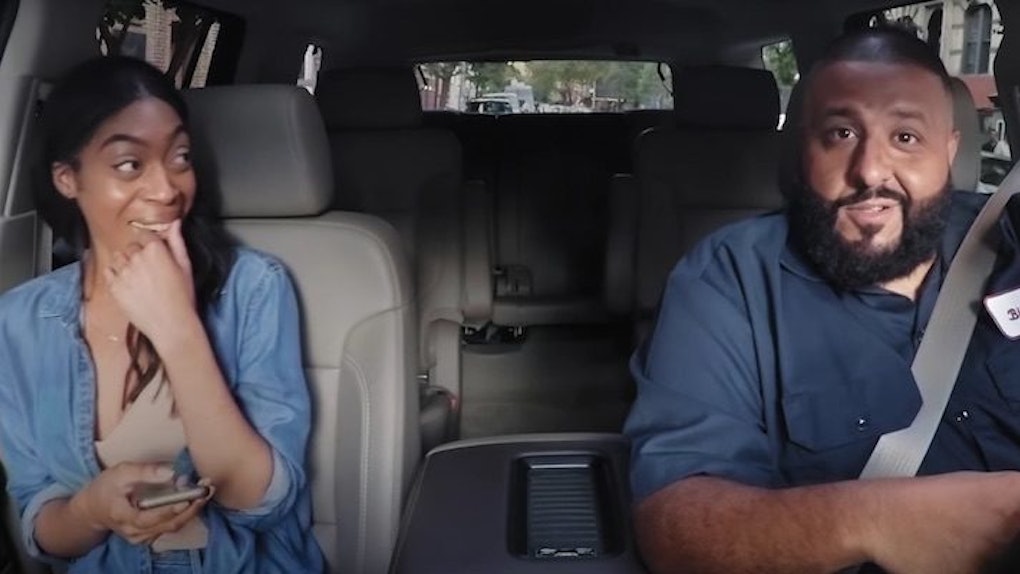 Icon alert: Your next Lyft driver might secretly be DJ Khaled.

The king of Snapchat recently starred in an installment of "Undercover Lyft" and "disguised" himself as a driver to surprise unsuspecting New Yorkers.

Of course, Khaled's disguise of choice was a hat, sunglasses and a name tag that said "Bill."

Unsurprisingly, many people immediately recognized him when they got in the car. But maybe this is just "what happens when you're too iconic," as Khaled observes.

Turns out DJ Khaled is a natural-born Lyft driver.

Not only did he make the rides more fun by having his passengers go "wooo!" when he made a turn, he also let them stroke his beard.

He's just doing his duty as a sex symbol for the ladies.

Not everyone picked up on the major keys Khaled was putting down, of course, so some passengers were in for a surprise at the end of their ride.

(My favorite is the lady who says to his face DJ Khaled is "too dramatic" for her, and then stands by that assertion even after he reveals himself.)

I can only pray my next Lyft driver is half as fun as DJ Khaled.

Citations: DJ KHALED I GOT THE KEYS ... To Be Undercover Driver (TMZ)