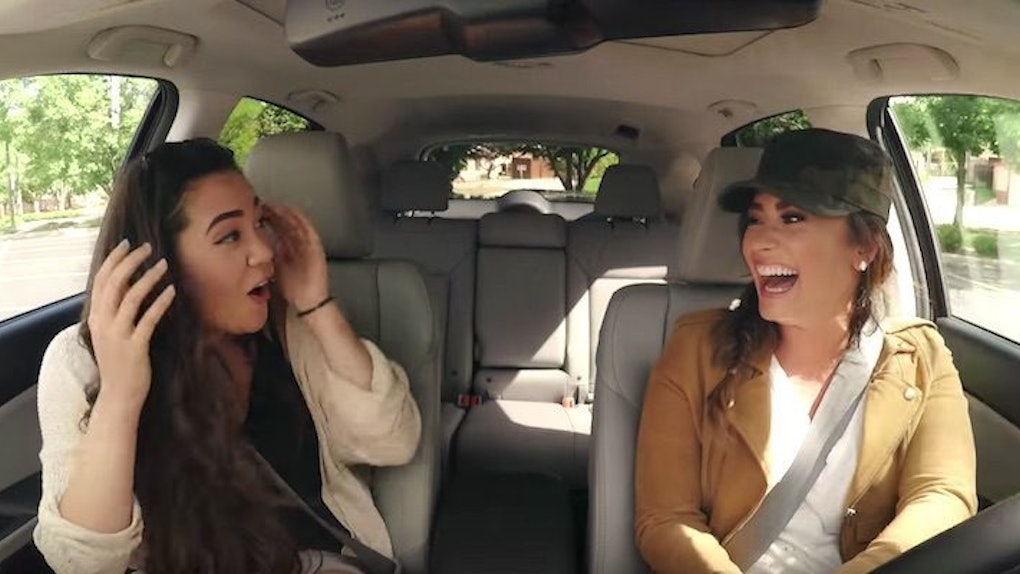 Demi Lovato surprised a bunch of Lyft riders in Denver because the concept of sunglasses and an army camo hat apparently never made its way up to the Mile High City.

The “Body Say” singer was making a tour stop in Denver when she decided to accept a few branded content bucks and drive around some Lyft users.

The idea behind the gimmick was to get them to openly talk about Demi, potentially revealing their controversial opinions about her music and general brand. Also, there is a lot of Jonas Brothers talk, and she admits Selena Gomez has a better voice than she does.

I have three main questions about this prank.

2) How does NOBODY recognize Demi? She's literally dressed the way she's always dressed. She even sings that “Camp Rock” song at one point and, also, ONLY TALKS ABOUT HERSELF.

3) Do I have to worry about this now? Like, do I have to not dump on celebs when I'm in taxis because that celeb may be sitting behind the wheel?