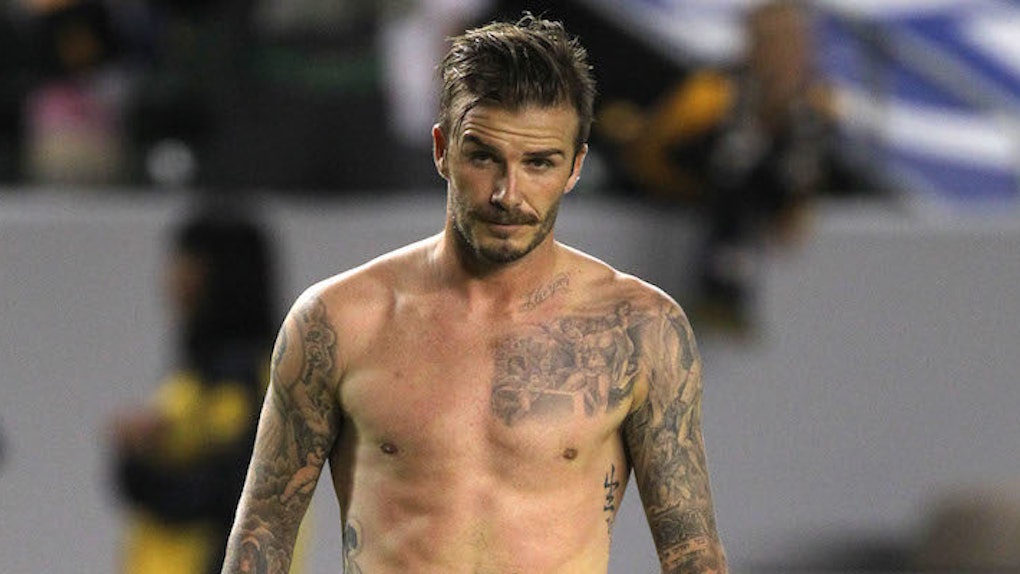 Nothing says Friday afternoon like a video of British sex god David Beckham doing pushups in his underwear on a piano, right?

The 41-year-old, who's in way better shape than any 20-something-year-old you know, posted the below video on Instagram, and it shows David Beckham in all his sexy, ripped glory.

Though it was posted less than 24 hours ago, Beckham's video already has five million views, and after watching this just once, it's not hard to see why.

However, while David Beckham is arguably the sexiest creature on the planet, his purpose in posting this steamy video isn't just to get us all hot and bothered.

According to reports, Becks has joined Guy Ritchie's #22PUshupChallenge, which asks people to perform 22 pushups in a row for 22 straight days in order to recognize the reported 22 veterans who commit suicide on a daily basis.

Remember the ALS Ice Bucket Challenge that made the rounds a few summers ago? Well, this is exactly like that. You do your pushups, and then you challenge someone else to take up the call.

If you're David Beckham, you do your 22 pushups in nothing but your underwear on a piano, but hey, we can't all be that cool... or gorgeous.

As you can hear in the video above, Beckham says,

This is the second day of my 22 pressups, consecutively, in 22 days. It's for a great cause, a serious cause, for all the servicemen and women that take their lives every single day.

I mean, if you're going to do 22 pushups on a piano, then you might as well be naked while a concert pianist plays softly in the background. And you just know that's the best red wine known to man sitting on the piano next to David Beckham.

In all seriousness, though, this seems like a pretty awesome cause, so get your game face on and do some pushups.

Citations: Here's a Video of David Beckham Doing Pushups in His Underwear on Top of a Piano (E! News)