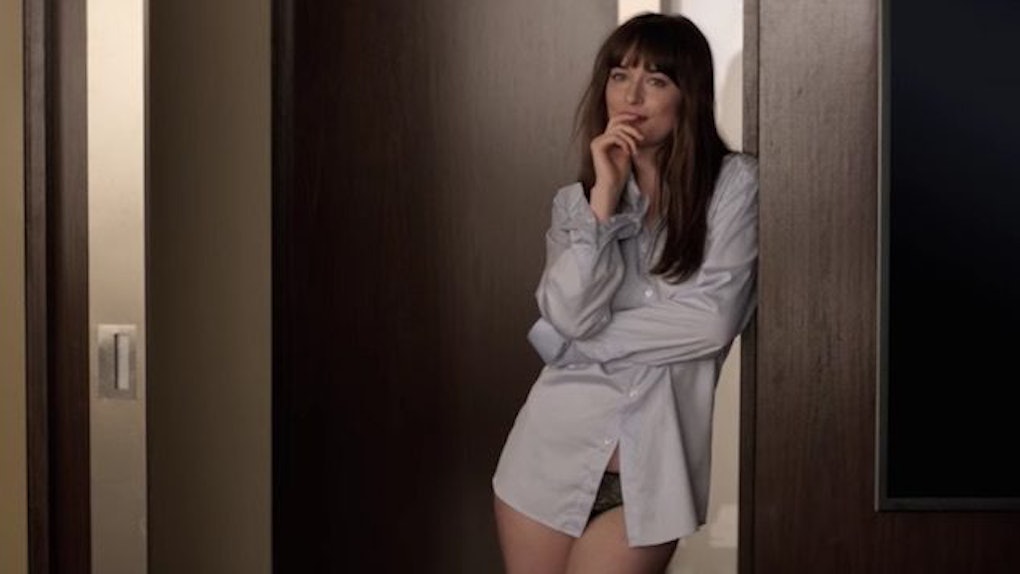 Nobody loves to orgasm more than Dakota Johnson, NOBODY!

All right, that was a pretty aggressive statement and might not necessarily be true, but I just really want to convey how much she's all about the big O.

The "50 Shades Darker" star sat down with Vogue to discuss her upcoming movie role, the concept of fame and her own sexuality.

In the movie, Dakota Johnson and her co-star Jamie Dornan get down to business and have crazy, hot sex in basically every other scene.

The trailer is packed with PDA and will give you a little preview of what to expect from the film.

Preach, sister. We are all about that B-D-S-M. WE LOVE BALL-GAGS!

Dakota Johnson's interview was also very informative. She shared a fun fact that will make you want to take your clothes off.

No, seriously. I'm writing this naked.

America is still so sexually oppressed. Isn't God's gift to humans the orgasm? Here's a fun fact: A woman has the same number of nerve endings in her clitoris as a man does in his entire penis.

WOAH, 'KOTA! You're one crazy girl.

It seems like the actress feels very connected to Ana. While discussing her character, Dakota said,

This woman is a badass. She's hyperintelligent and hypersexual and very tough and very loving, and her character has so many different aspects that don't normally make sense in one person. I tried to amplify them all.

No, Dakota. You're the badass!