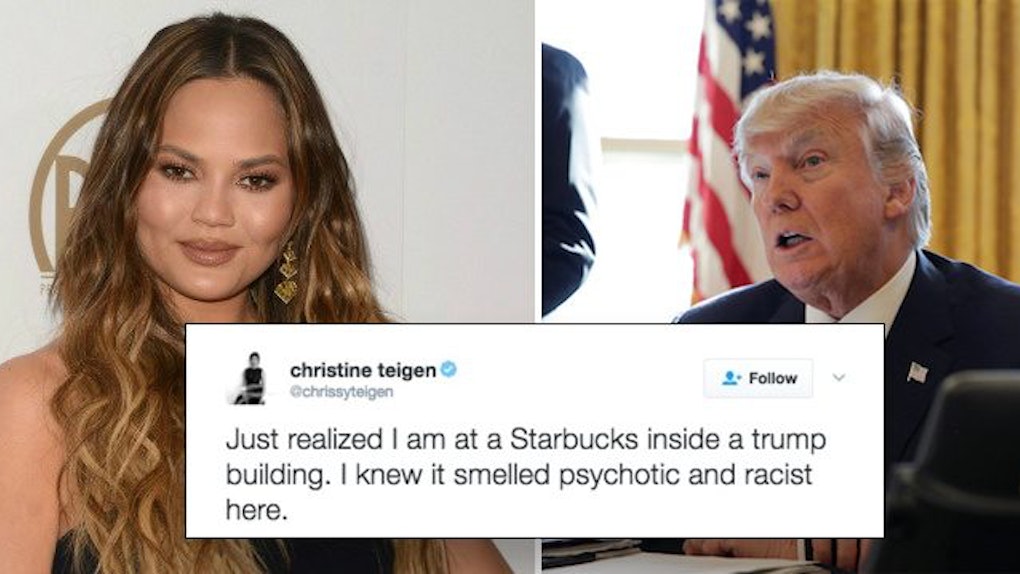 Chrissy Teigen is truly a gift to the human race.

The 31-year-old model has been an outspoken critic of President of the United States Donald Trump since he was elected last November.

However, thanks to a little digging, it appears Chrissy Teigen has been calling out Trump long before he became the 45th president.

Yes, according to her feed, Chrissy Teigen has been trolling Trump on Twitter for years. And, as you'll soon see, the tweets are absolutely amazing.

It appears Teigen's trolling of Trump dates back as far as April 27, 2011.

Let's take a look at one of the 31-year-old's earlier tweets about Donald Trump, shall we?

donald trump sure turned into a joke right? as opposed to what he was before which was so not a joke or anything.

Unfortunately, it appears the joke is very much on us right now, but hey, we can still laugh at Teigen's savage tweets, right?

A few weeks later, the prophet Chrissy Teigen went as far as to call Trump "psychotic and racist."

Got 'em! If you think these tweets are good, just wait until you read the rest of the ammo from CT's Twitter feed.

Honestly, this next one is so accurate and scary, it hurts.

Donald trump announces he won't run for president but will return to the apprentice. You know, since those 2 things are totally comparable.

Ugh, Chrissy, what are you doing to us?

From there, things only get worse -- er, better?

In 2012, Chrissy Teigen -- who possibly sensed a Trump presidential run -- really ratcheted up her Twitter trolling of Donald Trump.

That same year, Chrissy Teigen lost her mind and did the only sane thing possible: She stopped following Trump on Twitter.

However, just because she stopped following him, didn't mean Teigen stopped tweeting about him.

In 2016, Chrissy put the cherry on top by virtually calling POTUS an "American Psycho."

Chrissy Teigen, you're the real MVP. Don't ever change.

Citations: Chrissy Teigen has been trolling Trump on Twitter for the past six years. (Some Entertainment)