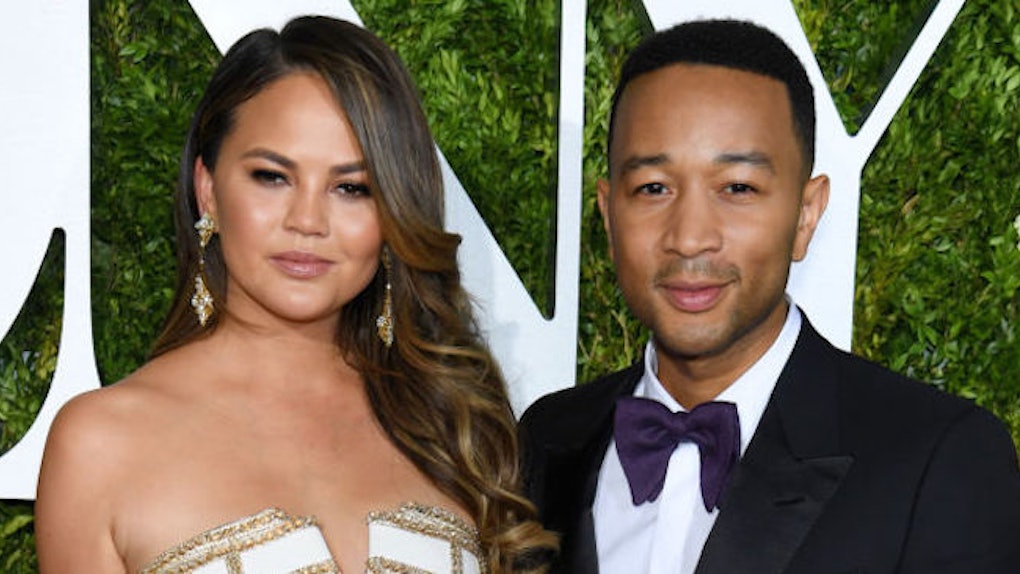 Chrissy Teigen and John Legend will never cease to SLAY me. Case-in-point: Chrissy Teigen and John Legend's date night in Venice, Italy. The world's favorite couple has been taking some time to relax after Legend's Darkness & Light Tour completed its last show on the North American leg. First, they hit up Bali with little baby Luna, and now they're in Italy eating the best pasta money can buy.

The couple's first stop on their Italian vacation was at Lake Como — the place where the "All of Me" music video was filmed that Legend calls a "second home since 2007" for the family. Then the family popped on over to Venice where Luna has been bravely playing with pigeons and eating lots of penne pasta while Teigen and Legend served us LOOKS on their Instagrams.

On Sunday, August 6, Teigen and Legend posted some pictures on Instagram of them just before heading to the opera. Going to the opera is literally the fanciest thing I can think of, other than, I don't know, going to a ballet or something? Anyway, Teigen and Legend looked freaking amazing, and they both knew it. So there were pics galore. These two are seriously the hottest couple on the planet, and that's science.

Just look at her.

Just look at him.

Just look at him posting pictures of her.

Teigen and Legend had another date night the night before because they CAN.

And obviously, they looked insanely good. It's almost as if Chrissy Teigen is a model or something.