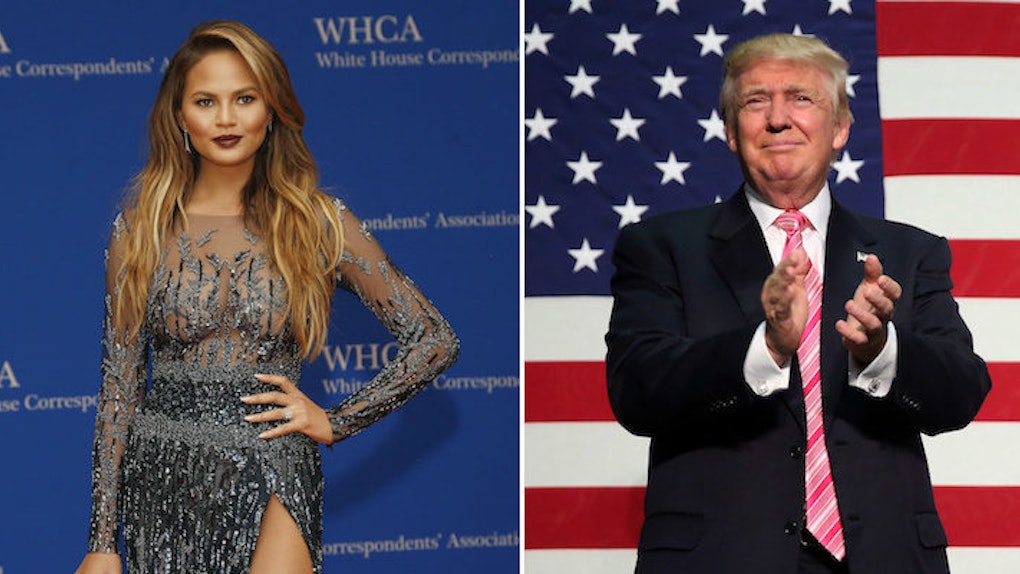 Chrissy Teigen really knows how to properly troll someone on Twitter, especially when that someone is Donald Trump.

While on plane flight on August 26, the host of "Lip Sync Battles" hilariously tweeted that she was watching a "Donald Trump biopic," referring to the 2000 movie "American Psycho."

Her fans ate it up too, of course.

I guess you will never see "American Psycho" the same after Teigen made this Patrick Bateman and Donald Trump comparison.

Ironically, in the book, "American Psycho," Patrick Bateman reads a book written by Donald Trump called "The Art of the Deal," which was written in 1987. I guess it's coming full circle now?

If there's ever a roast of Donald Trump, I think Teigen should be one of the first people invited.

The movie starred Oscar winner Christian Bale as Patrick Bateman, an urban professional bro living the high life in NYC with a side gig as a serial killer.

Obviously, Teigen is a huge fan of the film. She also tweeted the below about the protagonists' business cards. Seriously, I think Teigen should look into a career in stand-up comedy or something. She always crushes on Twitter.

If you don't follow her, you're seriously missing out.