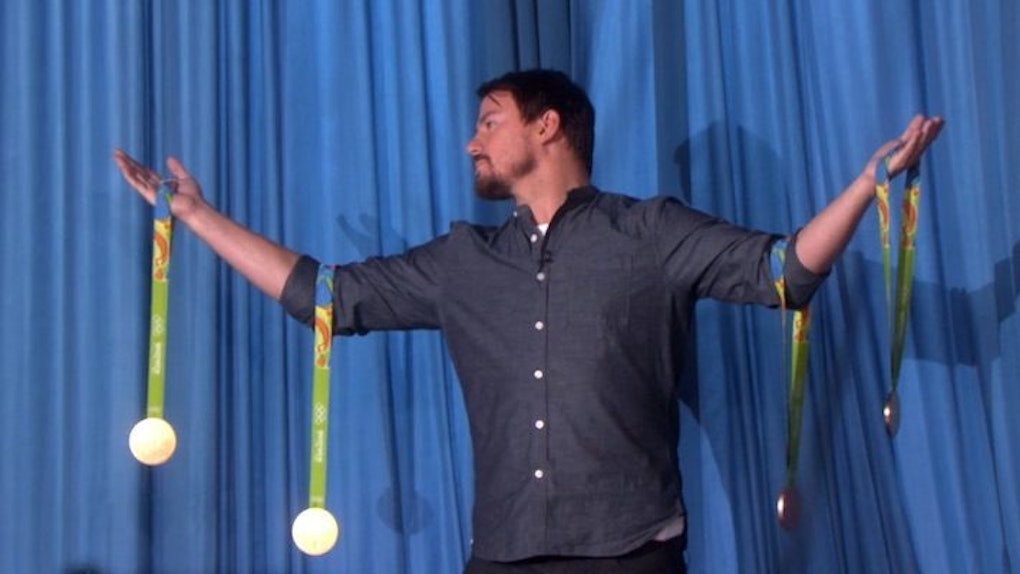 Zac Efron and Kim Kardashian ain't got nothing on Channing Tatum, who just proved he is truly Simone Biles' biggest fan.

On Tuesday, the 36-year-old "Magic Mike" actor stopped by "The Ellen DeGeneres Show" on the same day 19-year-old Olympic gold medalist Simone Biles was stopping by, too.

This worked out great since it turns out Channing is a huge fan of Simone's. Like, a HUGE fan.

First of all, when Ellen brought up the two of them meeting, Channing insisted he would be the one to freak out more.

Ellen tried to argue with him, but Channing stayed firm, saying,

He had good reason to freak out -- I mean, she is the best gymnast in the world, after all. Channing gushed,

Finally, the moment came for the two stars to finally meet.

Channing's look of pure elation when he hugs Simone is perfect.

And THEN Simone honors him even further by putting one her medals around his neck, to which he responds,

So, how much you want to bet Simone has a cameo in "Magic Mike 3"?

Citations: 'She is the greatest!' Channing Tatum gushes about gymnastics star Simone Biles (The Daily Mail)