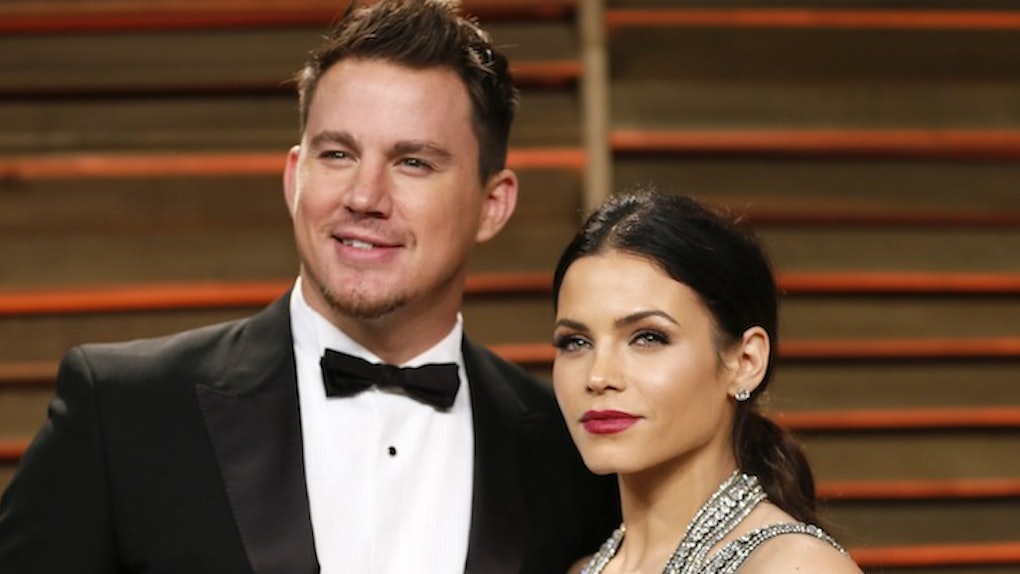 Are you ready to feel SUPER old? Today marks the 10-year anniversary of "Step Up," which starred Channing Tatum and Jenna Dewan-Tatum (of course, she was just Jenna Dewan back then).

Don't worry, you're not alone -- I feel pretty damn old, too.

Jenna Dewan-Tatum took to Instagram to commemorate the Anne Fletcher-directed film's 10th birthday with an epic throwback photo of her and her 36-year-old husband Channing Tatum.

The 35-year-old actress penned a heartfelt caption to go along with the photo, writing,

#TBT to on set of Step Up. I cannot believe it's the 10 year anniversary of the release today! Ah, where does the time go? Love you all and thanks for all the love all these years.

Time sure does fly. I remember this epic dance movie like it was released in theaters yesterday.

Here's the photo of Channing and Jenna on the set of “Step Up” back in 2006, where they starred as Tyler and Nora.

Fast-forward to 2016 and this beautiful couple is still going strong. As a matter of fact, Jenna and Channing celebrated their 7-year anniversary just last month.

Don't worry, Channing showed his love for Jenna on Instagram, too.

According to E! News, the celebrity couple has one powerful secret that has helped keep their love for each other so strong over the years.

That's right, in an interview with Cosmopolitan back in June, Channing Tatum revealed,

We get down. Me and Jenna have a great sex life. We communicate very well. [Sex] is not a means. It should be something that enriches your life. It shouldn't be the only reason you're in a relationship.