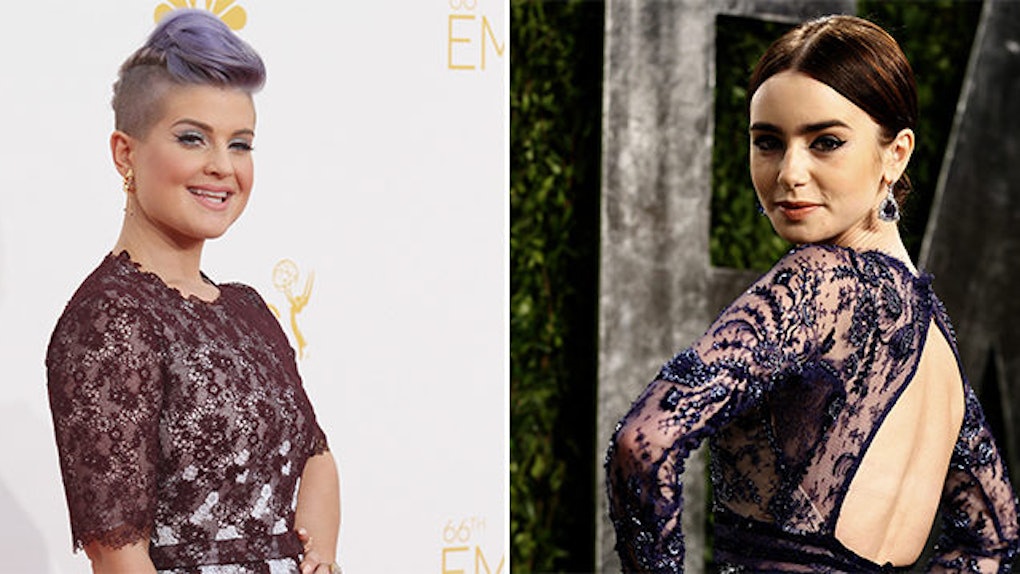 Best Celebrity Books Coming Out In 2017

As far as seasons go, winter is equivalent to Monday mornings: entirely unwelcome and a struggle to endure.

But the good news is the awards season provides a much-needed remedy for the winter blues, be it The SAG Awards (Jan. 29) The Grammy Awards (Feb. 12) or The Academy Awards (Feb. 26).

And let's face it: The best way to spend a snow day is catching up on all of the movies, shows and albums that have been nominated.

And now, many of the celebs you'll see on the red carpet are tapping into another medium: books. Make sure you check out the new releases from some of your favorite stars.

1. "Unfiltered: No Shame, No Regrets, Just Me" by Lily Collins

Phil Collins' daughter is becoming a star in her own right.

This March, the "Rules Don't Apply" actress will tackle an array of topics with her essay collection: dating, family, confidence.

In short, they're topics relevant to all of us millennials, making her release one to add to your TBR list.

One of Hollywood's most outspoken and hilarious actors is taking a swing at memoir writing, chronicling his life on Long Island, attempt to forge his way into the political scene in DC and of course, his acting career.

We bet Donald Trump can't wait for this one, huh?

3. "This Is Just My Face: Try Not To Stare" by Gabourey Sidibe

Honest, funny and at times heartbreaking, the "Precious" actress lets us into the life of her New York-based family — including a polygamous father — her first job (as a phone sex operator) and naturally, her rise to the Hollywood scene.

Sporting a Mindy Kaling-like essence, "This Is Just My Face" is something you just need on your bookshelf.

4. "There Is No F*cking Secret: Letters From a Badass Bitch" by Kelly Osbourne

There Is No F*cking Secret: Letters From a Badass Bitch, $19, Amazon

It comes as no surprise when the daughter of the Prince of Darkness releases a book, it's raw, up-front and doesn't fool around.

Told in a series of letters to people and places, "There Is No Fucking Secret" delivers just that — from her childhood growing up with the wild Ozzy Osbourne to her rise to fame in pop culture.

5. "Are You Anybody" by Jeffrey Tambor

Tambor fills us in on all we need to know about his beloved roles like "Transparent," "Arrested Development" and more.

Beginning with his childhood as a self-described "a fat Hungarian-Jewish kid with a lisp," he takes us right up to present day and all that's happened behind-the-scenes.