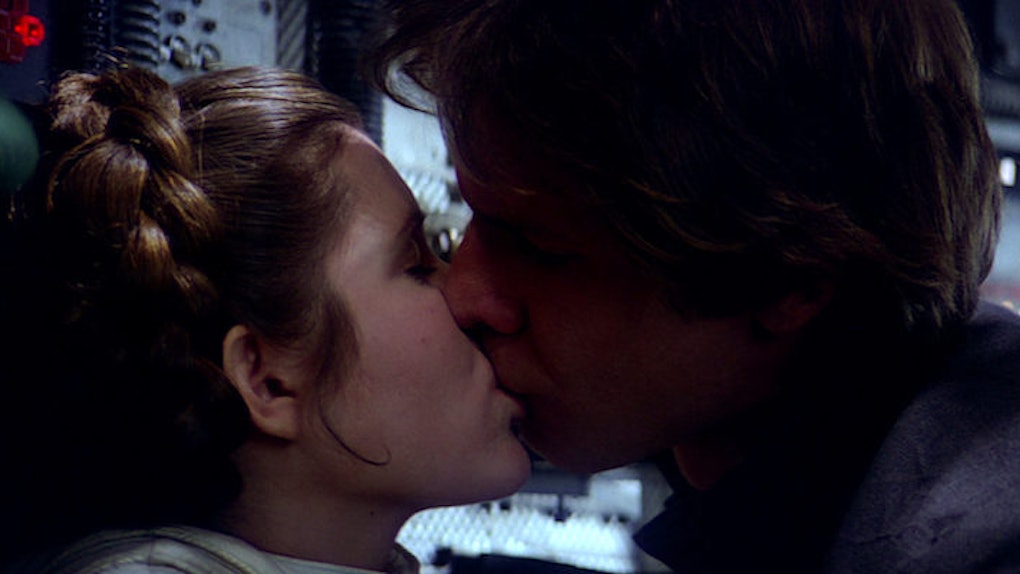 Carrie Fisher Admits She Had An Affair With Harrison Ford

If you had asked me earlier if Carrie Fisher and Harrison Ford definitely had an affair on the set of "Star Wars: A New Hope," I could not give Han Solo's now iconic answer:

Now, I can say for sure Carrie and Harrison were Han and Leia on the streets and... uh, Han and Leia in the sheets, I guess.

Meaning: Carrie and Harrison had an affair, thus confirming a rumor that has circulated since a long time ago, in a galaxy... uh, I guess it's just our galaxy.

What's even more salacious than Salacious Crumb (that's a deep "Star Wars" cut and I apologize) is that Carrie was only 19 at time and Harrison was a married father-of-two.

Here's Salacious Crumb, by the way:

In an interview with People, Carrie admitted the three-month whirlwind romance was a lot to deal with, saying,

It was so intense.

Yeah, I'll say! If I was dating a major "Star Wars" actor when I was 19, let's just say my head would explode like the Death Star.

Carrie went on to say,

After coming across some of her old journals, Carrie decided to let the whole world know about their affair, which will be detailed in her upcoming book, "The Princess Diarist."

Carries writes about her and Harrison's first night together,

I looked over at Harrison. A hero's face — a few strands of hair fell over his noble, slightly furrowed brow. How could you ask such a shining specimen of a man to be satisfied with the likes of me?

If you're hot and bothered reading about this juicy affair, here's a quick clip from "A New Hope" that DEFINITELY is not (yes, it is) a sexual double entendre:

Harrison Ford was given a heads-up about the book from Carrie and sent a draft. He did not respond to People's request for comment.

Although the romance had been destroyed after the film wrapped, Carrie thinks fondly of their time together. She writes,

I was so inexperienced, but I trusted something about him. He was kind.

Ugh, can she please call him a scoundrel and fulfill my every fanfic wish?

Citations: Carrie Fisher Reveals She Had an Affair With Harrison Ford on Star Wars: 'It Was So Intense' (People)