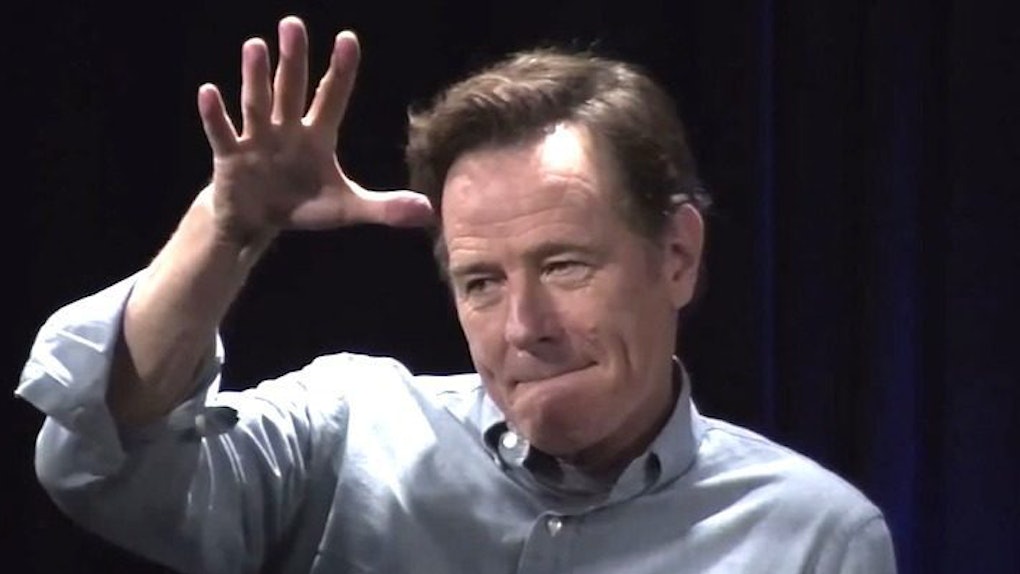 Bryan Cranston is the man. And if you don't think so for some reason, just watch this video and you will surely have a change of heart.

Cranston was at Comic-Con promoting his new show, "SuperMansion," when a fan asked him about the time he spent in New Mexico while shooting "Breaking Bad."

The fan, who is an Albuquerque native, wanted to see what Cranston thought of his hometown.

Well, Cranston left the kid speechless when he responded with a killer burn and then dropped the mic in triumph.

The kid didn't really deserve it, but the insult was hilarious nonetheless. I don't want to ruin the joke, so be sure to watch it up top.