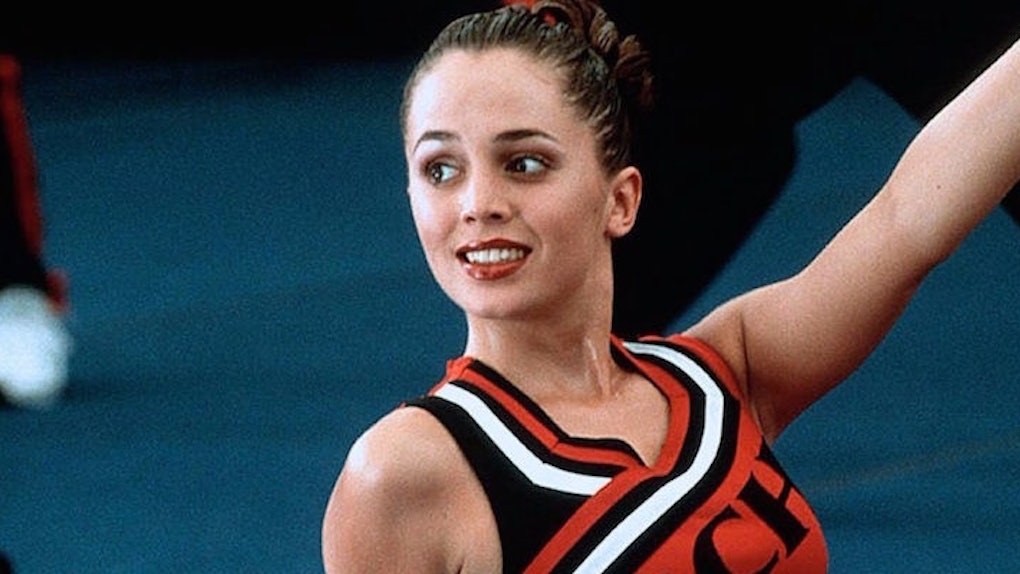 Missy Pantone Of 'Bring It On' Looks Like This Today

Whenever I hear the lyrics to “Hey Mickey,” I want to break out into dance and (low-key) hopelessly pretend I'm part of the Toros cheerleading squad.

“Bring It On” is one of my all-time favorite chick flicks… and ever since I watched it for the very first time, nothing has truly lived up to its high expectations.

If you don't casually re-watch this epic movie every other weekend like I do, let me refresh your memory.

The film basically circles around the rivalry between two cheer squads: the Toros and the Clovers.

She becomes an incredible cheer captain of the Toros, filling the shoes of former captain “Big Red.”

After one of the cheerleaders suffers an injury of a broken leg, Missy Pantone (AKA actress Eliza Dushku) auditions to fill her spot.

Missy is also a v. skilled gymnast and totally slays the squad audition like a boss.

She ends up recognizing the Toros cheer routines while seeing them in practice and realizes their routines actually originated from a team named the Clovers.

OH SNAP. The high school she used to attend competed against them.

And after that… shit gets SO real and major drama ensues, but you'll just have to watch the whole movie to see what happens.

I loved Torrance throughout the movie, but my real main girl was Missy Pantone. She was completely badass and really didn't give a flying F about what anyone thought.

Since her “Bring It On” days, Missy has changed. Even though she's not wearing her Toros uniform anymore, she still seems pretty badass.

She recently traveled to Paris and documented her trip on Instagram.

Here she is hitting up Louis Vuitton in Paris, looking oh-so-freaking-chic.

For real though… can I raid her wardrobe?!

Missy's a major fan of the Boston Red Sox and David Ortiz.

She has a downright adorable munchkin of a pooch.

She is major mama and puppy goals to aspire to.

All of this “Bring It On” nostalgia is making me really hope for a reunion ASAP.