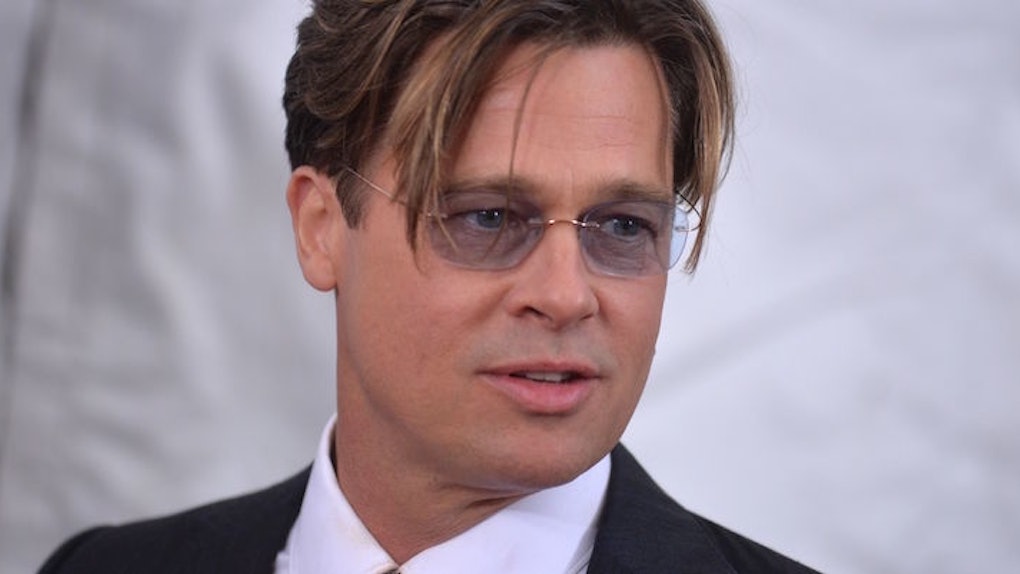 Brad Pitt Sees His Kids For The First Time After Split

What? Is it October? I haven't noticed a change in time since September 20, the day that love officially died for me.

After Angelina Jolie filed for divorce from Brad Pitt last month, the "Allied" actor hasn't seen his children since then... until last Saturday, October 8, when he reunited with some of his kids. Which ones? I don't know... probably his favorites?

According to sources, in addition to having a monitor present (like a human monitor, not the lizard kind), Brad agreed to certain conditions for the visit, and not all of his children were there.

According to US Weekly, Brad and Angelina have reportedly reached an agreement allowing Jolie physical custody of their kids, but having the two share legal custody.

So, the entire Pitt-Jolie gaggle will live with Angelina in her Calabasas home, and Brad will visit but only under the watchful eye of a therapist.

I mean, I'm sure he has two eyes, but you never know.

What's worse is that the therapist can only ask him, "How does this make you feel?" over and over again.

OK, that's definitely not in the ex-couple's agreement.

On top of that, Brad has agreed and even volunteered to be subject to random drug and alcohol testing to prove he doesn't have a dependency, and his first test came back negative!

Yes, it IS the good kind of negative!

According to a friend of Brad's, the "Fight Club" actor is trying to do anything in his power to see his kids.

[He] will cooperate in any way he can to see the kids. By agreeing to this, he can see them, which is what he wanted.

This agreed upon routine will last up until October 20, when social workers assigned to Brad's LA County Department of Children and Family Services case will take the therapist's recommendations and Brad's drug tests into consideration.

People from both sides hope that the two sides will reach a longer-term agreement on their own. The hope is that this period of time will lead them to be able to resolve things without the involvement of the courts.

I hope this family can find a way to find a rhythm and a routine that works for all parties.

Citations: Brad Pitt Has Finally Seen His Kids for First Time in Weeks Since Angelina Jolie Split (US Weekly)