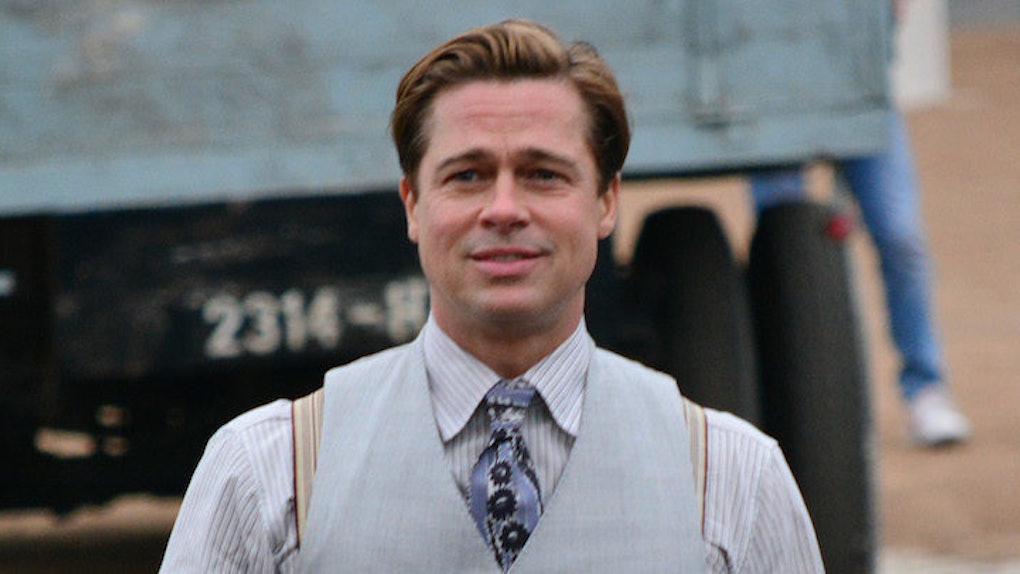 Yesterday was a crazy day in the entertainment world because Angelina Jolie filed for divorce from her husband, Brad Pitt.

People were screaming, babies were crying and hearts were breaking everywhere. No one could believe the devastating news.

All things concerning Brangelina flooded on our timelines.

We couldn't open Twitter or Facebook without seeing gifs of Jennifer Aniston laughing with the caption, "KARMA'S A BITCH, BRAD! SUCK IT."

As sad as I am to hear about Brangelina's split, I think we all should be focused on the bigger things happening in the world... like Doug Pitt's existence.

The younger (and forgotten) brother of Brad Pitt has lived in the actor's shadow all of these years, but now it's time to bring him into the light.

PEOPLE, CONTROL YOURSELVES! Wipe the fog from your glasses, put your shirts back on. HE'S HUMAN, NOT AN ANIMAL.

Haha just kidding, go crazy. Doug Pitt is the sexy man crush we've all been waiting for. And now, HE. IS. HERE.

I just wanna run my fingers through those gelled brown locks.

I wanna rest my head on his shoulder while watching "Mr. & Mrs. Smith" and thinking about how we could be that couple.

I wanna weave dental floss slowly in-between those perfect white teeth. STOP CRINGING, I KNOW YOU WERE THINKING IT, TOO.

Look at little Doug back in the day with big Brad. I could stare into those eyes for hours. God bless.

Doug is the whole package. If you're not convinced, watch his commercial.

I've never been so in love.

And a man of many talents...

...who always plays by the rules.

So ladies, it's time for you to pick. Who's couch do you want to sit on?

No pressure, but there's only room for one.