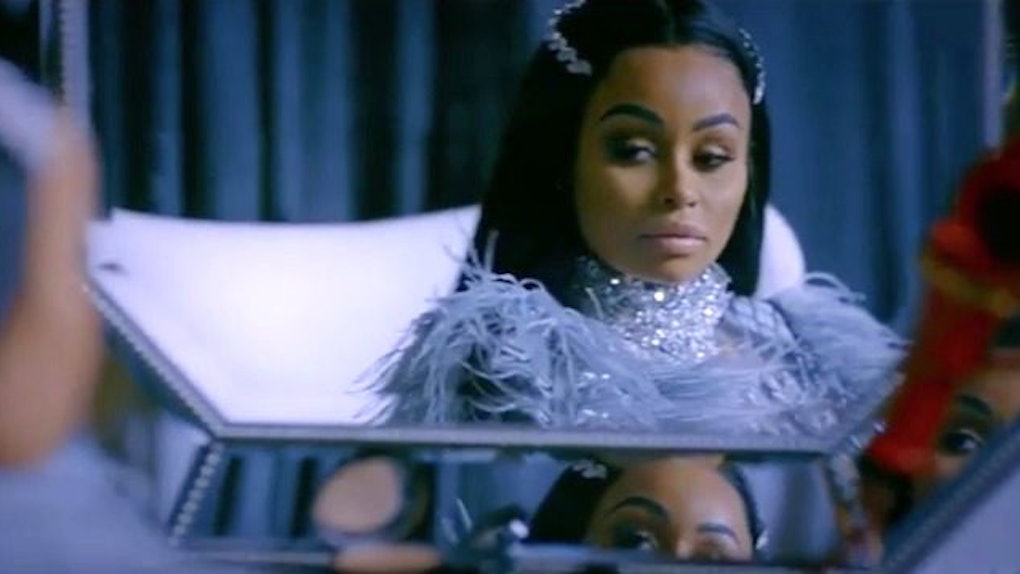 Hey, uh, is Blac Chyna OK? Does anyone know? Can we confirm that?

I'm asking because this new video she shared on her Instagram on Monday has me all kinds of concerned.

In theory, this video is an advertisement for new products coming to Blac Chyna's company, Lashed Cosmetics, I guess?

If you don't find this video concerning, allow me to walk you through my concerns in-depth.

We open on a woman in a leather corset being whipped and interrogated by someone who I assume is a rogue contestant from "RuPaul's Drag Race."

The evil queen demands, "Tell me where the products are!" The woman insists she doesn't know, and gets her life threatened for it.

Then we cut to Blac Chyna, who is apparently the mob boss of this treacherous cosmetic product delivery service, on the phone.

"She left hours ago," Chyna commands into the phone. "Go see where she is."

Also, Chyna is for some reason at a pro-life rally?

Is this video really the time to plug your anti-choice propaganda, Chyna? Really?

So... what you're saying is Blac Chyna puts her employees in extremely dangerous situations...?

Meanwhile, Chyna seems pretty unconcerned that one to three of her employees may die soon...

...despite the fact that the woman in the chair is seconds away from getting freakin' chloroformed.

The video ends on a shot of this box, which apparently is the part of the video we're supposed to care about.

In the caption of the Instagram video, Chyna wrote,

Like, what the fuck did I just watch? Blac Chyna abuses her employees, is pro-life and apparently all of her products might be tainted with blood?

Yeah, I don't know about you guys, but I'm not really in the mood to buy some lash extensions, makeup and whatever else that Lashed place sells after watching that.