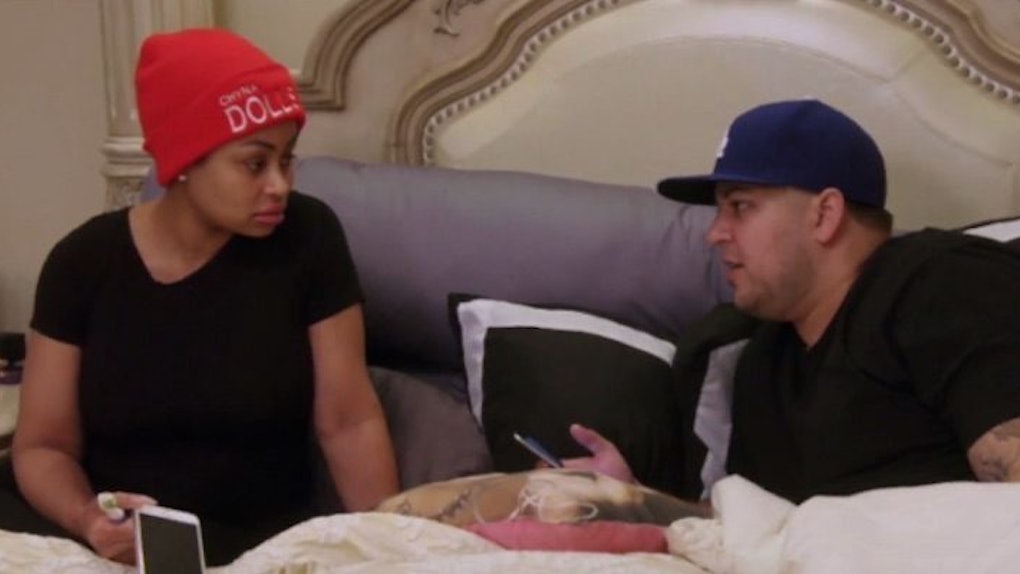 You need to chill.

I know that's not always your natural reflex, but your fiancée, Blac Chyna, loves you.

She is carrying your tiny child in her womb. She is co-starring in your upcoming reality show. She is not being a shade monster on the sly.

A new preview clip from “Rob & Chyna” shows you trying to sneak a peek at Chy's phone and asking,

Yo, who's this hitting your phone over and over?

Oh, my little Robb Salad, your one true love is not sneaking around behind your back.

In the clip, she tells viewers,

I don't even understand why Rob would even think that I'm doing anything wrong. I'm four months pregnant, I have two businesses that I'm running, I'm with King and I literally don't leave the house, so what could I possibly be doing?

Rob, take it from someone who's single-handedly burned all her relationships straight to the ground: A good partnership takes trust, probably.

Trust Chyna, just like the rest of us trust you to bring more of this petty drama all season long once your show premieres September 11.

Citations: Blac Chyna Tells Rob Kardashian It's ''Whack'' He's Trying to Go Through Her Phone: ''Who Do You Think I'm Texting?!'' (E! News)