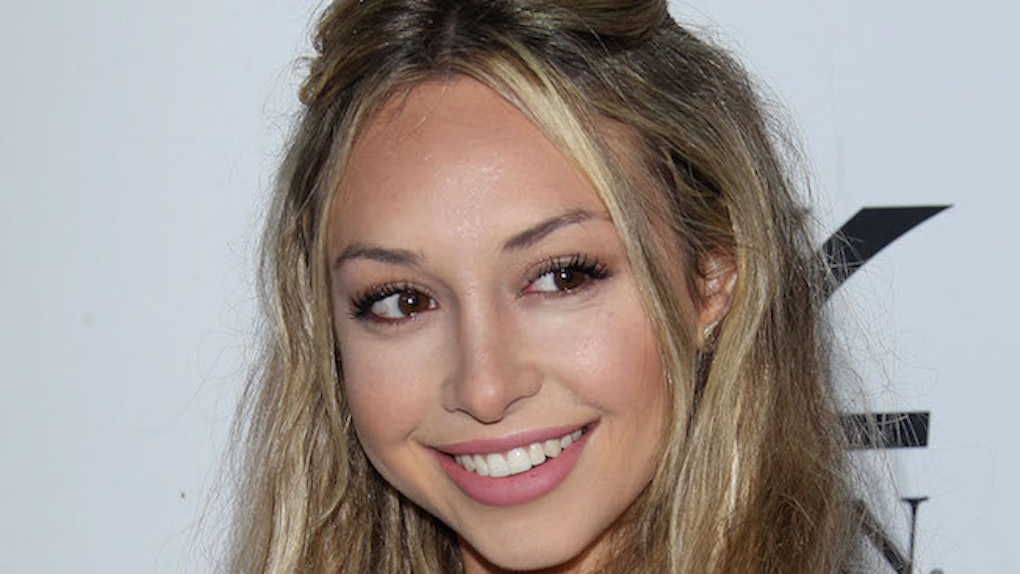 Corinne Being Blamed For 'Bachelor in Paradise' Misconduct

Bachelor in Paradise filming has recently been suspended after allegations of sexual assault between DeMario Jackson and Corinne Olympios were brought to the attention of show officials, TMZ reports.

Update: On June 14, DeMario Jackson gave E! Online the following statement about the Bachelor in Paradise suspension and claims about his involvement:

Corinne also released a statement to TMZ on Wednesday. She said:

Earlier: After the complaint was filed, Warner Bros. immediately released both cast members from the show and began their own investigation into the alleged "misconduct."

Elite Daily has reached out to ABC and Warner Bros. for comment. Warner Bros. responded with the following statement:

Elite Daily has also reached out to DeMario and Corinne's teams regarding the allegations, but did not hear back at the time of publication.

Even though the details of what actually happened are still unknown, Corrine is already being blamed by several social media users for whatever it is that might have happened.

Skank! As if she is the cause of BIP being cancelled!!! Why would they invite her, it was painful enough watching her on the Bachelor SMFH.

Another user chimed in, saying,

Consent? Puhlease people. She's trash plain and simple. She's all about the 'wow' factor and she got what she was looking for. Her 5minutes of fame is almost up. Bye girl

One Instagram user also claimed Corinne wasn't the one to blame when she admitted she wasn't surprised:

I'm sorry I'm not shocked Corrine was involved! Not saying she is the only one to blame but cmon, have some class. Then again, even on the Bachelor she was classless so this doesn't come as surprise!!

And the hate doesn't just stop on Instagram. People have also taken to Twitter to shame Corinne.

Of course, some users had the decency to stick up for Corinne.

While we still have no idea what happened between Corinne and DeMario during filming, to jump to conclusions by immediately blaming her for whatever might have transpired is absolutely wrong and uncalled for.