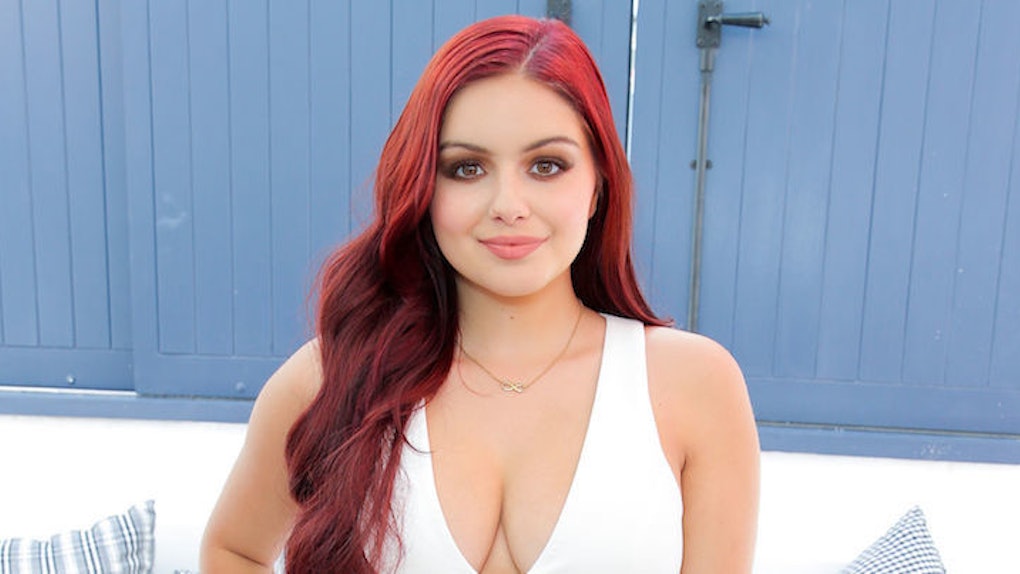 Ariel Winter recently did a photo shoot and interview with Rogue magazine, and while the photos from the shoot are hot, stunning and sexy AF, it wasn't all fun and games once the 18-year-old started speaking about the industry today.

Speaking with Rogue, Winter talked about the ridiculous backlash and shaming she receives on the regular for the Instagram photos she posts and the somewhat revealing outfit choices she makes.

It's called being a woman in the industry. It's complete sexism. It's really degrading, annoying and sad that this is what the media puts out, it's disgusting to me.

What's wrong with people that they need to go out of their way to attack an 18-year-old on social media?  Who is Ariel Winter hurting? If you don't like what she's showing, change the goddamn channel.

However, Ariel Winter, being the boss bitch she is, isn't about to let a bunch of internet trolls shame her for being herself and doing what she loves.

Speaking on her decision to simply ignore the haters, Winter said,

At this stage, you get sort of jaded after a certain period of time. I feel like I've been in the industry for so long that I have gotten to that point where people's comments and the exposure doesn't bother me as much.

It still bothers people when you get negative feedback for something, but it doesn't hit me as hard as it would somebody just entering the industry.

I mean, kudos to Ariel Winter for not letting the negativity bring her down, but isn't it a bit sad an 18-year-old has been hit with so much abuse she's already over it?

Come on, people, what are we doing?

In the end, Winter did put a positive spin on the whole situation, talking about how the negative folks only make her fans that much more special to her. She said,

It's somewhat life-changing in your mind when you walk down the street and someone recognizes you as 'that girl from TV' or 'Alex, the girl with the glasses,' but it's different than when someone comes up to you and says, 'Ariel Winter I love the things you say online' or 'I really love your character, it's inspired me so much.' Those are the things that really impact me that I love about the exposure I get. I've gone through a whole bunch of things, both in my personal life and my professional life and they've all contributed to where I am now and made me stronger.

Ariel Winter, you may only be 18, but you are every bit the badass woman you appear to be.

Citations: Ariel Winter Calls Out 'Complete Sexism' in Hollywood: 'It's Disgusting to Me' (People)