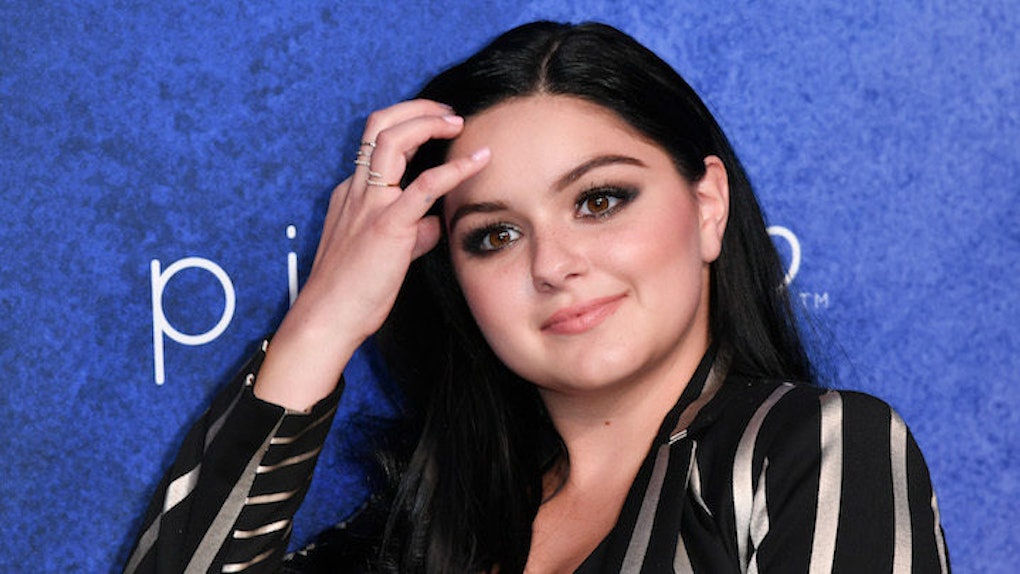 Say it ain't so, Ariel Winter.

The pair fed some serious fire to the rumor that they're dating by spending Friendsgiving together and looking very romantically involved.

Jack Griffo, a reported close friend of Winter and Meaden, posted a pic on Instagram of the two at Friendsgiving.

If that's not confirmation Winter and Meaden are dating, I don't know what is.

Apparently, the two took a trip to Mexico roughly two weeks before Thanksgiving, which immediately fueled everyone's speculation about their romantic involvement.

Now, it appears it's safe to say the two are dating, based on the numerous kissing photos that have surfaced.

We're all pretty familiar with the very gorgeous Ariel Winter, but who the hell is Levi Meaden, really?

Apparently, the 29-year-old Meaden is best known for playing A.J. Fielding in the Netflix series "The Killing."

Looks like he found someone to Netflix and chill with, am I right?

Born in Calgary, Canada, Meaden moved to the Czech Republic after high school to study writing and directing at the Prague Center for Film Education.

Now, the 29-year-old has dudes all over the world probably hating his guts thanks to fact he's dating Winter.

I'm heartbroken, I must say.

I think most guys, yours truly included, know they'll never have a chance of dating an actress like Winter, but for one reason or another, they take solace in knowing she's not dating anyone else.

When you think about Winter, you want to envision just her. Now, it appears we're going to have to see Meaden every time we get a Winter update.