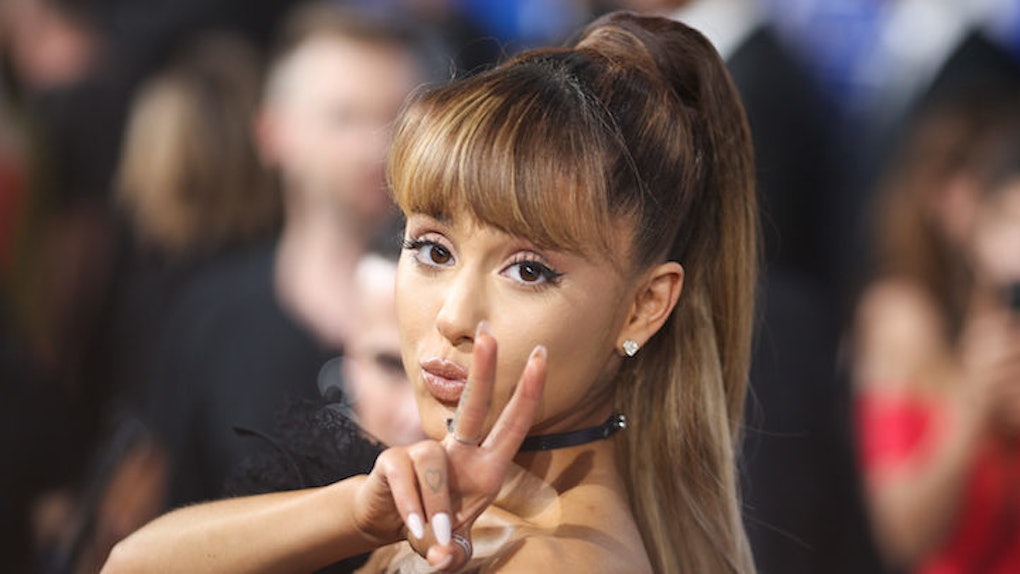 Ariana Grande is an enigma.

The young pop star has the vocal range of a young, de-glittered Mariah Carey, but the Instagram feed of a sexy cartoon character.  The same woman who strolls onto the stage in over-the-knee vinyl boots and a miniskirt poses in oversized hoodies, cuddling her eight rescue dogs.

In a new interview with Byrdie, Grande peels back the facade a bit to reveal much of her image was actually inspired by her blue lipstick-wearing mom. This is a woman the pop star fondly describes as "the baddest".

As a little girl, Grande watched her mother apply a slick, black cat eye every day, and she decided to make the look her own.

I remember being like, 'I wanna look like a mix of my mom and Scary Spice.' I remember saying those words when I was a little girl—that was the goal, when I was, like, 4.

When I was barely more than a toddler, my life goal was to be an actual fairy princess. (Remember the Sky Dancer kind that spun off a stand?) At least Ari is somewhat grounding her aesthetic in reality.

The diva even broached the subject of her infamous (and maybe sentient) ponytail, saying its current state is only the latest iteration of a style she's loved.

It's how I've always liked my hair. Picture me in fourth grade with a little half-up side-pony flopping around my head. I never expected it to become such a thing. This is what makes me comfortable.

If by comfortable she means "having three packs of hair extensions glued to her follicles," then sure, I buy it.