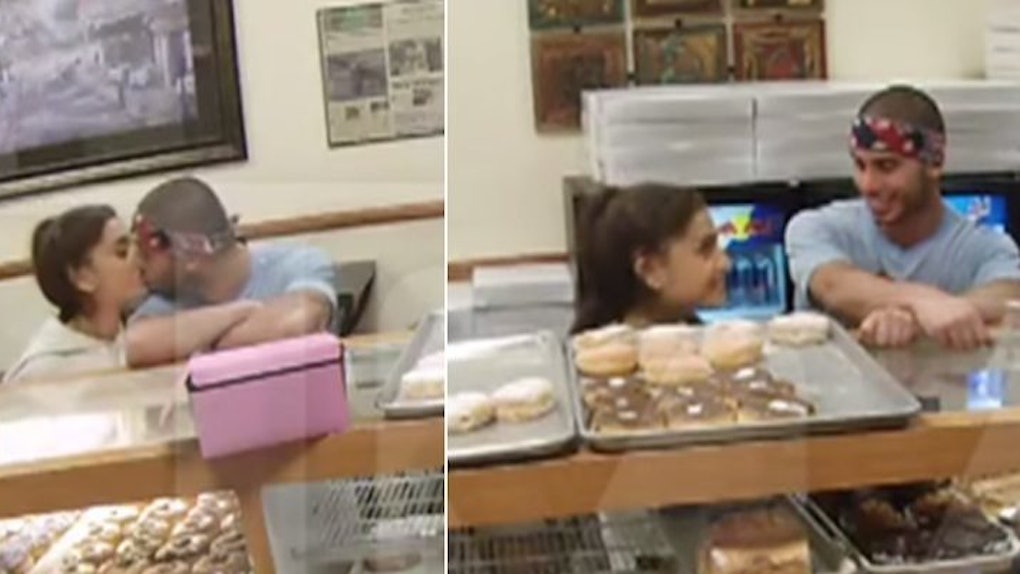 Ariana Grande Licking Doughnuts Is The Reason Other Generations Hate Us

In case there is any doubt that Ariana Grande is one of the worst people in America, here's some more hard evidence.

TMZ recently came upon a video of Grande and her boyfriend, Ricky Alvarez, in a doughnut shop in Lake Elsinore, California.

In the video, Grande and Alvarez can be seen licking doughnuts but not purchasing said doughnuts; they just leave them on the tray for others to possibly consume.

To add insult to injury, when a worker at the shop brought out a fresh batch of deep-fried deliciousness, Grande said,

News flash, Ariana: America hates you, too. And below is the proof.

that ariana grande donut licking video just proves what i've always said aka she's so rude and childish idk why this is news — miranda (@mrndrcln) July 8, 2015

You can like her singing but still despise her as a human being.

If you do something like this, it'll come back to you.

So happy that that video of ariana grande licking donuts without buying them in a donut shop and cussing at the owner leaked... karma — Adam (@adam6ever) July 7, 2015

This type of behavior isn't exactly new for Ariana.

ugly there's nothing to explain about that donut video lmfao ariana grande is rude ok havent we established that long ago — 배 (@tarnakis) July 7, 2015

How does someone become such a diva?

I just watched the video of Ariana grande in the donut shop why was she like that — demi (@yvessaintIourry) July 7, 2015

And here is the video in all its glory.