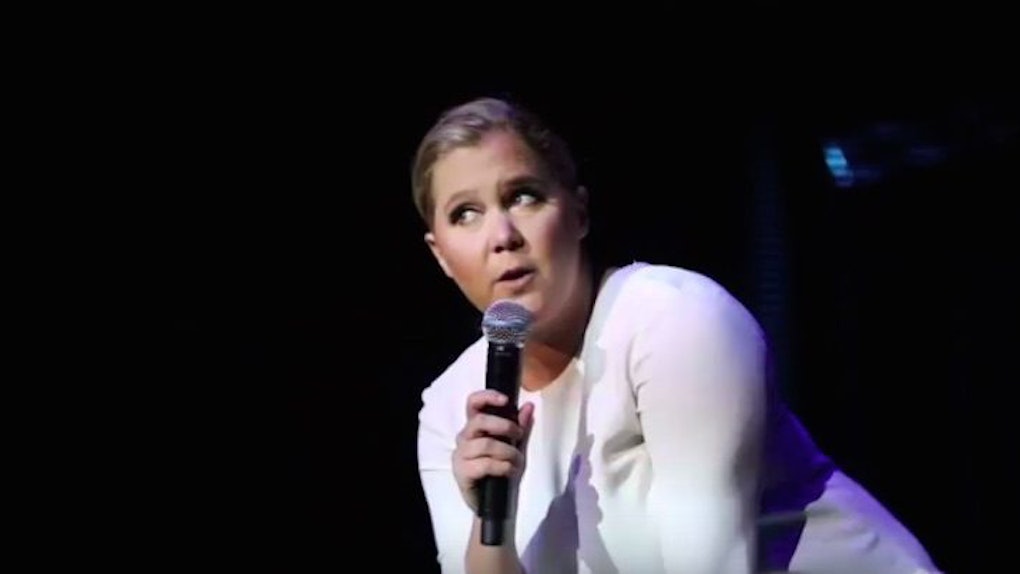 If there's one person you definitely shouldn't mess with, it's Amy Schumer.

The 35-year-old comedian is currently on her world stand-up tour visiting cities all over North America, the UK and Europe.

While performing in Stockholm, Sweden last night, Amy faced a heckler who decided to disrupt her show two minutes after she came on stage.

When Amy made a joke about her body looking like a snowman, a man in the audience shouted out,

Show us your tits!

Because Amy is a badass woman who stands up for herself and doesn't take shit from anyone, she called out the peasant and put him on the spot.

First, she made everyone in the audience identify the asshole and point to him.

SORRY SUCKER, maybe don't verbally harass one of the funniest comedians on the planet?!?!?

Once the guy was identified, Amy ripped him to shreds. She literally destroyed his life in just two minutes, making fun of his sales occupation and outfit.

The dude clearly felt his masculinity being stripped away so he threw another insult her way.

It's unclear what exactly he said the second time, but that's probably for the best because I can guarantee it'd make us all lose brain cells.

In the end, Amy Schumer kicked the guy out because uhhhhhh, it's a sold-out show and there's no room for morons in the arena?!

To watch the amazingness go down, check out the video above.