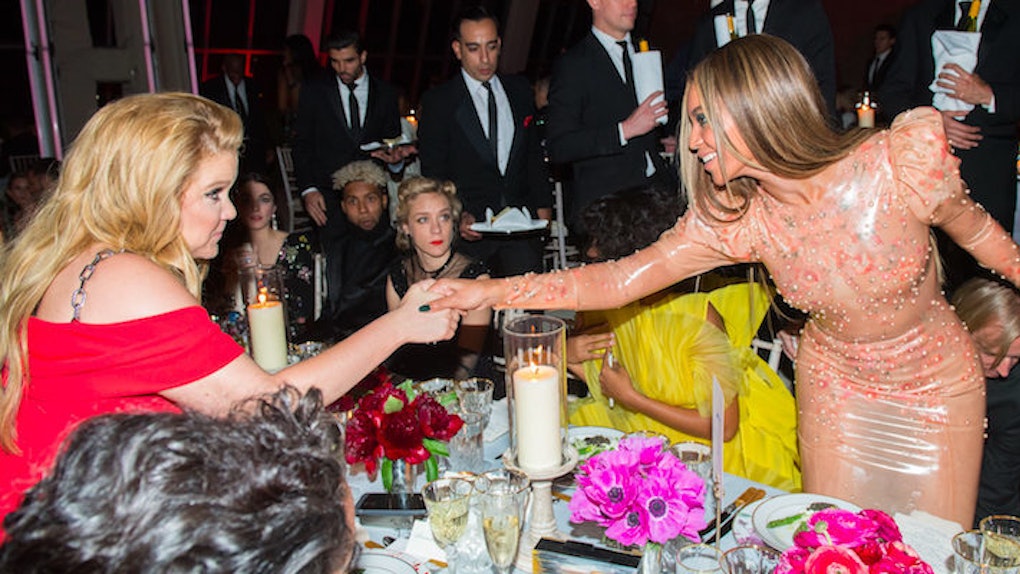 Amy Schumer Told Beyoncé That This Was Her Last Met Gala

Fool Amy Schumer once, Met Gala, shame on you. Fool her twice? Sorry, there is no second time, because she's never coming back.

While talking with Howard Stern on his Sirius XM show, Amy let him know her experience at the Met Gala left something to be desired -- namely, everything.

Amy called the night "a punishment" and told Howard,

It's people doing an impression of having a conversation... I don't like the farce. We're dressed up like a bunch of fucking assholes.

How can you blame people for struggling to keep up a convo? If I saw a celeb dressed in a beautiful outfit, I think the only remark I'd come up with on the fly would be:

That's right, it would be a stream of incomprehensible robot noises.

While most people would respond to a question Beyoncé asked with, "EHR MEH GERD ERT'S BEHYEHNCÉR," Amy treated a query from Queen Bey like it was posited by a pesky reporter.

I got to meet Beyoncé and she was like, 'Is this your first Met Gala?' And I was like, 'It's my last.'

Also, if going to the Met Gala means meeting Beyoncé, then I'm sorry but you should go every year until the end of time. Period. No, I take that back. EXCLAMATION POINT.

Sigh. Well, there you have it. Amy's appearance was the alpha and the omega of her Met Gala career.

I mean, at least she got to interact with Bey, right?