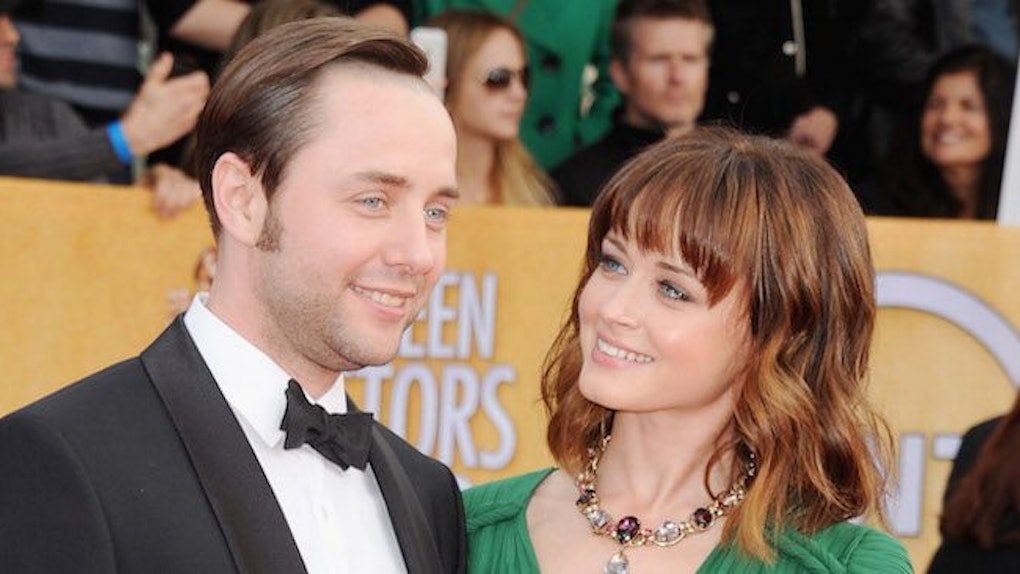 Celebrity couple goals alert! Staying together for any sizable length of time when you're famous is tough, but here's one couple that I think is going to go the distance. Alexis Bledel and Vincent Kartheiser married in 2014 after a storybook romance and they've remained one of Hollywood's most adorable couples. While they've been together for five years now, the pair has managed to do the unthinkable for celebs: keep the details of their relationship fairly private. That's practically unheard of!

The Gilmore Girls star (who's nominated for a Best Drama Guest Actress Emmy for The Handmaid's Tale) met her husband-to-be in 2012 when she guest-starred on Mad Men in season five, playing Beth Dawes, who gets involved with Kartheiser's character, Pete Campbell.

Following season five, Bledel and Kartheiser started dating, as he explained to Vulture: " were completely professional. We never saw each other out. We never — it was nothing, it was just work."

Mad Men co-star Jon Hamm was a fan of the two getting together, telling Vulture: "I did know he liked her from a very early point. I was a supporter of that union.” Hey, when you've got Hamm's seal of approval, there's nothing to do but make it official.

In Oct. 2012, Bledel and Kartheiser went public with their relationship, with Kartheiser telling Us Weekly at the time: "The most important thing, for us, is to make sure that we see each other in the flesh at least once every 10 days. All the other stuff is good, like FaceTime and the texting... I love seeing her. You gotta make the flight!"

The two were engaged in 2013 and secretly married in June 2014 in Ojai, California. Their wedding wasn't the only thing they kept secret, as Bledel kept her pregnancy totally undercover too! Their son was born in fall 2015.

There's a good reason why Bledel and Kartheiser like to keep their relationship under wraps, as Kartheiser explained to Vulture that discussing it "cheapens it; it weakens it. And it's magical, love, and all of that is... profoundly spiritual, and it just doesn't feel right."

Here's a look at some of their sweetest moments together:

Can you say chemistry? Check out this steamy Mad Men moment.

The way he looks at her though.

And this #TBT she posted of the couple is pretty sweet too!

I'm still in awe that they can keep their private life out of the spotlight ... maybe that's the key to a long relationship in Hollywood?