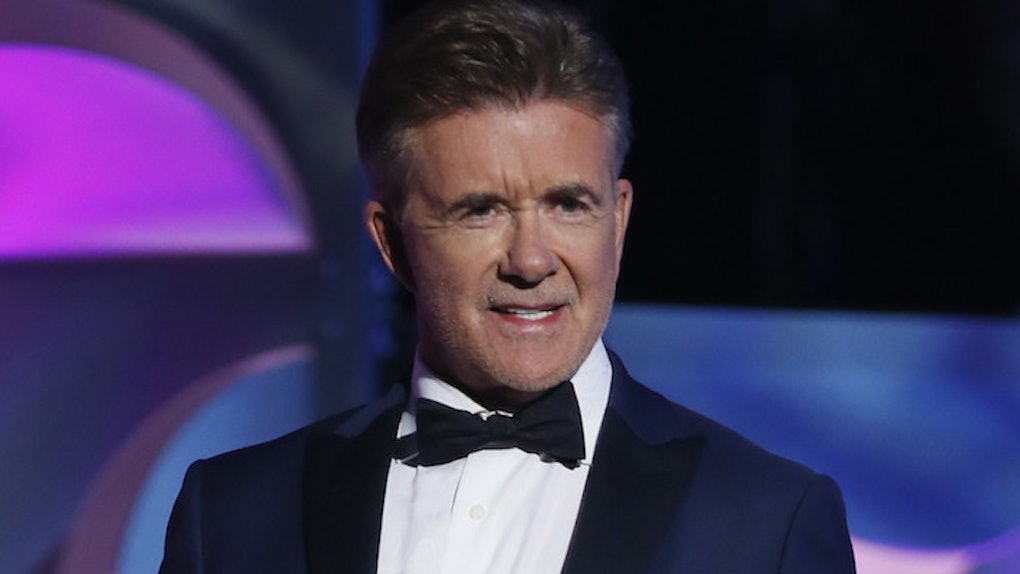 Television legend and actor Alan Thicke has passed away at the age of 69.

The father-of-three had reportedly been playing hockey with his 19-year-old son Carter when he suffered a fatal heart attack.

Thicke was transported to Providence St. Joseph Medical Center in Burbank, California at approximately noon on Tuesday, December 13. He was pronounced dead at the medical facility.

Thicke leaves behind his three sons Robin, Brennan and Carter, as well as his wife, Tanya.

According to TMZ, the "Growing Pains" actor was regularly at the Burbank-based ice rink to play hockey. The report states that Thicke and his son Carter were playing hockey at around 11 am on Tuesday.

During a game of hockey, Thicke had chest pains and eventually became nauseated, which led to vomiting.

Once an ambulance arrived to assist Alan Thicke at around 11:30 am, he was then transported to Providence St. Joseph Medical Center where he was pronounced dead as the result of a heart attack.

While it is a very sad day for the Thicke family as well as the entertainment industry and fans around the world, fellow celebrities and other television personalities have taken to Twitter to pay their respects and remember the TV icon.

So sad is the passing of Alan Thicke. Such a good husband, father, brother, and friend. He will be deeply missed. Rest in peace dear Alan. — bob saget (@bobsaget) December 14, 2016

So so sad to hear about the passing of #AlanThicke. Such a nice guy. My thoughts and prayers are with his loved ones. Rest in love. — Olivia Munn (@oliviamunn) December 14, 2016

So tragic to hear the news of the passing of Alan Thicke. God Bless his family at this tough time. — Carson Daly (@CarsonDaly) December 14, 2016

Rest in peace Alan Thicke - You brought so much light, love and humor to the world! Deeply grateful for your friendship and wisdom. — Ed Helms (@edhelms) December 14, 2016

Alan Thicke was always the nicest and happiest person in the room. Gone way too soon. Rest In Peace. — Alyssa Milano (@Alyssa_Milano) December 14, 2016

So sorry to hear of the passing of Alan Thicke. A wonderful talent, a wonderful man. https://t.co/tb50aiVzlR — Larry King (@kingsthings) December 14, 2016

Had the pleasure of meeting Alan Thicke and his amazing wife Tanya a few years back.. my thoughts and prayers are with his family. RIP — Demi Lovato (@ddlovato) December 14, 2016

sad to learn of Alan Thicke's passing. he was a great friend over the years. thoughts & prayers to his family. — Ryan Seacrest (@RyanSeacrest) December 14, 2016

Alan Thicke will be dearly missed.