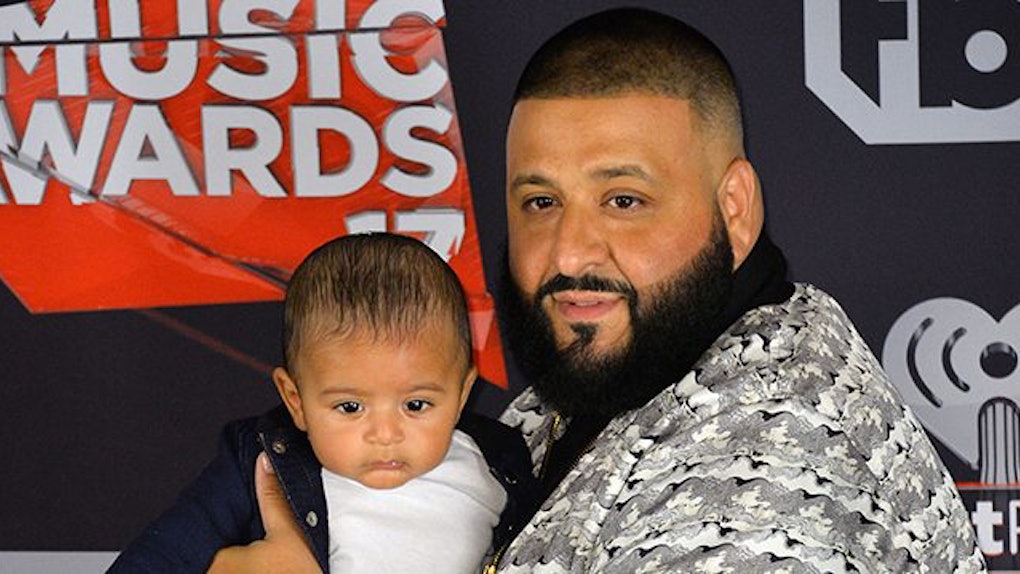 DJ Khaled Is The Best Father Of All Time

You might love your father and all, but what you really want is DJ Khaled to be your dad.

OK, that might be a bit of an exaggeration, but some people on Twitter really have been making Khaled out to be the best pops on earth.

It's hard to blame them, too. Just look at how Khaled talks to his new born son, Asahd.

These videos have pretty much become part of a lasting trend on social media. On any given day, you might notice someone sharing a video of DJ Khaled telling his son that he'll be A DON, A BOSS, A LEGEND.

But wait, here's the best part:

It actually looks sometimes like Asahd know what his dad is saying.

And that, ladies and gentlemen, is why DJ Khaled is one of the most popular dads out right now. He constantly affirms his son, showers him with love and makes us laugh while doing it.

Khaled even comments on his own son's Instagram (and yes, Asahd really does have an IG page).

If you're wondering whether that fourth picture is for real, it is. DJ Khaled actually asks his 4-month-old son to send him a video.

Oh, and that's the other thing about Khaled...

He has a lot of expectations for his kid.

Like, really big ones. Here's Khaled talking about what role Asahd plays in making music, via the New York Post,

My son is the executive producer of my album, and I'm for real about that. He's signing off with everything with LA Reid [CEO of Epic Records].

Now check out Khaled talking about what role Asahd has at the office, again, via the Post,

That's my best friend, and I'm his dad. So my son, he's the CEO of my company. He's the boss of everything now. He's just learning early, you know what I mean?

Yes, Khaled, I know what you mean.

Some might call that super unrealistic. Others might just call it inspiring your kids -- even at a young age  -- to make them feel like they can do anything.

...OK, maybe I wish my dad had been more like DJ Khaled, too.